News > Bank of England keeps base rate at historic low: What’s going on with interest rates? 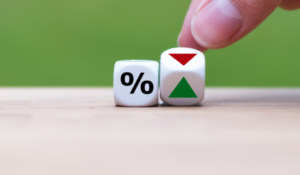 The Bank of England has decided to keep the current base rate at its record low of 0.1% despite fears over rising inflation. Many had expected the bank to raise interest rates after reports that inflation is expected to hit 5% next year, but it ultimately followed in the footsteps of the Federal Reserve and the European Central Bank, sitting tight on monetary policy for the time being. We take a look at what is going on with interest rates and how the Bank of England’s decision could affect you in the coming weeks.

What is going on with interest rates?

The Bank of England’s base rate has been set at 0.1% since March 2020 in response to the economic crisis caused by the COVID-19 pandemic. It had previously been at 0.75%, but the decision to implement the emergency cut was made as the UK entered its first national lockdown, with the bank expressing concerns over the “severe economic and financial disruption” the country was already facing.

Fast forward 19 months, and many are saying that the worst of the pandemic is behind us, with most of society back to some semblance of normality and growth figures indicating that the UK economy has bounced back more quickly than many analysts had expected. With such strong economic growth in combination with minimal interest, inflation starts to rise, and we’ve seen that gradually increase over the course of the year. What this means in practice is that the cost of living goes up, and many are anxious to put a lid on inflation before prices start to spiral out of control.

The chart below indicates how the Bank of England expects interest rates to evolve over the next five years. The blue line represents the bank’s estimation from 23 September 2021, whereas the pink line shows a more recent projection from 3 November 2021, where you can see that it is now factoring in a rate hike much sooner and more dramatically than it had just a few weeks earlier.

As of early November, the Bank of England has decided not to raise interest rates just yet, out of concern that current inflation figures are transitory and that they will settle back down by the second half of 2022. However, it is widely expected that there will be a small rate hike before the end of the year, with the Bank signalling that it will have to raise rates in the “coming months” anyway.

So even though the base rate will remain stable until the next Bank of England meeting, the indication that it will go up in the near future is still having an impact. See below to find out how.

What does it mean for you?

Just because the Bank of England has decided not to raise the current base rate for the time being, doesn’t mean you won’t feel the effect of rising inflation nor the anticipation for that inevitable rate hike. Here are 3 different areas where you may notice some changes in the next few weeks.

If you’re already considering fixing your mortgage, now is the time to do so, before the base rate rises and you find yourself locked in at a higher rate than you otherwise could have been. Some lenders have already begun anticipating a rate hike and so have offered a range of products at exceptionally low prices while the base rate is still at a historic low. Among the cheapest 2-year fixed deals, for example, is Progressive Building Society’s 0.89% mortgage, while it also offers a staggeringly cheap 0.51% 2-year variable one too. These deals are not likely to last once the Bank of England raises the base rate, and the competitive pricing we’ve seen over the last 6 months or so is expected to taper off in the next few weeks and months, so consider fixing your mortgage while rates are still in your favour. You can check out Damien’s interest rate predictions for more information on how mortgages may be affected.

Savings rates have been quite turbulent lately as banks and building societies attempt to predict what is happening with the base rate. Several accounts have seen their interest rates increase in recent weeks ahead of the Bank of England’s latest meeting, when many had expected the base rate to be hiked, but have since stabilised in the knowledge that there will be no immediate changes. That being said, the closer we get to an eventual rate increase, the more savings rates are likely to rise accordingly. So, if you’re looking for a savings account with the highest possible interest, keep an eye on our up-to-date best buy tables for the best offers from across the market every single week, so you can find the best deal for your money.

With inflation on the rise, compounded by worldwide supply chain issues in the energy and goods sectors, many people will start to see the cost of living increase - if they haven’t already. The ongoing energy crisis has sent household bills soaring to record highs, with little comfort being offered by the regulator Ofcom, admitting it may have to review the current energy price cap, while the cost of food on supermarket shelves has also been rising in recent months. Many will be feeling the financial squeeze. You can read our round-up of grants and schemes to help with your energy bills if you’re struggling to keep up with payments, as well as our list of ways to minimise your household costs, to help take the edge off the rising cost of living.

What is going on with interest rates?What does it mean for you?MortgagesSavingsCost of living

Bank of England base rate increases to 2.25%: What it means for consumers