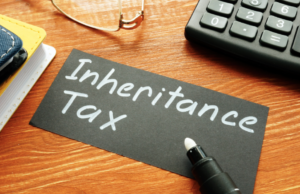 This is a popular question and often causes confusion. So I thought I'd lay out a brief explanation of how inheritance tax (IHT) taper relief works.

But first I suggest that you download this excellent free guide to Inheritance tax including tips on how to cut your IHT bill. This is by far the best guide I've seen on the subject as it's been written by award-winning, independent, chartered financial planners. it will guide you through everything you should be doing now to eliminate inheritance tax.

Once you've downloaded it turn to page 10 to see a full list of the exemptions you can possibly claim to reduce your IHT bill. Pages 4 and 5 has an excellent explanation of how it is now possible to pass on your home without paying inheritance tax. Finally, page 12 onwards explain other ways to cut your inheritance tax bill, including how trusts can be used. Best of all, the guide is FREE and could save you thousands of pounds in tax.

This Inheritance Tax Guide is written by award-winning, independent, chartered financial planners. It will guide you through everything you should be doing now to eliminate inheritance tax.

First of all the current personal IHT free allowance is £325,000, which is the amount up to which an estate will not have to pay IHT.

If your estate when you die is – including any assets held in trust and gifts made within seven years of death – more than £325,000, IHT will be due at 40 per cent on the amount over the £325,000. You can use this inheritance tax calculator to work out your potential IHT bill (worst case scenario) in seconds.

Taper relief is a tax relief that is applicable when inheritance tax is due on a gift that is made within 7 years prior to the donor's death. More precisely, if the donor dies between three and seven years after making a gift, and the total value of gifts that they made is over the threshold, any Inheritance Tax due on the gifts is reduced on a sliding scale. This is what is known as Taper Relief.

The rate at which taper relief is applied is determined by the timing of the a gift as show in the table below:

The key points to remember are:

It is perhaps the fourth point which actually catches people out and can lead to the donor believing that the potential IHT liability on their estate is lower than it could be if they were to die shortly after making gifts.

Perhaps all of this can be illustrated by way of a couple of examples:

IHT bill – there would be no IHT payable as the value of the gifts plus the estate at death was less than the IHT threshold of £325,000.

IHT bill – the cumulative total of gifts within 7 years of Mr X's death was £400,000 i.e. over the Inheritance Tax threshold. That means that the entire IHT threshold has been used by the gifts meaning that £75,000 of the gift made in Jan 2010 and the entire value of the estate are liable to IHT.

But as the gift that tipped over the IHT threshold was made between 3-4 years before Mr X died there is a 20% reduction on the IHT liability relating to the gift, which in the case of a gift would be payable by the donee (which is the daughter). That means the IHT that would be charged at the IHT rate of 40% is reduced by 20%. Or in other words the potential £30,000 bill is reduced by 20% to £24,000.

Meanwhile, Mr X's estate is totally chargeable to IHT at 40% which equates to a bill of £80,000 usually taken from the value of the estate.

The importance of planning

Giving away money or assets is the simplest way to avoid paying inheritance tax and passing more money on to your family. However, as you can see from above, a lot depends on the timing and size of the gifts as well as the size of your estate. Yet it is possible to put in place other simple measures that will reduce your IHT bill without having to give your money away. Have a look at pages 12 to 16 of the aforementioned FREE guide to reducing your IHT bill which explains how pensions and trusts can be used to pass on more of your wealth.

By Damien Fahy
5 min Read 12 Oct 2021
Inheritance tax earns the UK Government around £3.32 billion a year in revenue and this figure is set to increase....

Over 50s life insurance: We rank the best FREE gifts