Owning A Home > Interest Rate Forecasts > When will interest rates rise (or in fact be cut)? – Latest predictions

When will interest rates rise (or in fact be cut)? – Latest predictions 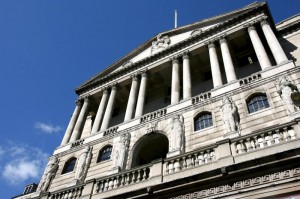 This article is continually updated to bring you the latest analysis on when interest rates are likely to rise or be cut. Sign-up to our newsletter to receive updates to your inbox.

When will interest rates go up?

The Monetary Policy Committee (MPC) was forced to raise interest rates in an attempt to reduce the UK's annual inflation rate, which at the time sat at 10.1%. However, the rate of inflation in the UK has risen further and now sits at 11.1%, the highest level for 41 years. The market is therefore pricing in further interest rate hikes in 2022 and 2023.

The market is predicting that the Bank of England base rate will rise above 4% in early 2023 and as high as 4.8% by July 2023. That would mean that the interest rate on the best 2 year fixed rate mortgage will jump to around 6%.

Below I explain what you should be doing now before going on to explain what will ultimately determine when interest rates will go up.

Should you fix your mortgage rate now?

With the BOE base rate at 3% and the market now pricing in 2 year fixed mortgage rates to rise to around 6% by the end of 2023, you should seriously consider fixing your mortgage now if you are worried about how high interest rates might go and whether you can keep up your mortgage repayments.

Even if you are currently on a fixed-rate mortgage, where the fixed period isn't due to expire for another 6 months, it is possible to lock in a cheap rate now, which will start when your current fixed deal ends, avoiding any early redemption charges from your existing lender.

Historically the best fixed-rate mortgage deals quickly disappear as soon as there is any sign that the BOE might raise interest rates again, as there is currently.

So if you want to secure the best fixed mortgage deal you need to act fast.

In fact, more than 517 mortgage deals were pulled by lenders in September 2022, after the BOE raised interest rates.

I'd strongly recommend you speak to a mortgage adviser as soon as possible. If you don't know a mortgage adviser whose opinion you trust, then follow these simple steps to get a free mortgage review in 30 seconds* from a vetted FCA regulated mortgage professional:

It's as easy as that. Then an expert mortgage adviser will check if you are eligible to remortgage for free and with no obligation. They will also tell you precisely how much you could save. Typically the free remortgage check saves people around £80 per month per £100,000 of mortgage.

Get a free mortgage review in 30 secs

A simple and easy way to see whether you can get a better mortgage rate and save thousands.

Get a free mortgage review*

How the Bank of England base rate is set

The MPC is the nine-person committee, within the BOE, that determines the BOE base rate. Usually, every six weeks the Bank announces the MPC's interest-rate decision. You can find a full schedule of decision dates on the Bank of England website. Whenever a decision is announced the MPC meeting minutes are also published. These minutes are scrutinised by investors for any hints of when rates might go up or down in the future. For example, they would see how many of the nine-person committee voted for interest rates to go up, down or stay the same.

The forecasting of the Bank of England base rate has been transformed in recent years. The former Governor of the Bank of England (BOE), Mark Carney, originally created a notional link between the UK unemployment rate and the BOE base rate before replacing this with 18 economic indicators which still inform the BOE's interest rate decision making today, under current Governor, Andrew Bailey.

When does the market think mortgage rates will next rise or be cut?

The BOE uses a number of economic indicators when deciding whether rates will rise or be cut. So understanding the key economic indicators is important when judging when interest and mortgage rates are likely to rise or be cut. Below is a roundup of the most important indicators to keep an eye on. Of course in the short term the impact of the coronavirus on the UK economy is likely to have the largest influence over where interest rates go next.

What to do next

The ability to remortgage and/or fix your mortgage has become more difficult over recent years as the rules surrounding the affordability tests when applying for a mortgage were tightened leaving some borrowers stranded on their existing deals. It's important to calculate the impact of an interest rate rise and seek advice from a mortgage expert ahead of time by following the steps below.

Whether you are on a tracker mortgage, variable rate mortgage or looking to remortgage your existing fixed rate deal that is coming to an end the steps below will take you a few seconds, but could prevent your mortgage repayments crippling your finances in the future and help you secure a low rate while they are still available.

Step 1 – Calculate the impact on your monthly mortgage payments

So let's say you had borrowed £200,000 for 30 years at a variable rate of interest. In the calculator you would enter the original loan amount (£200,000 on a repayment basis), the original term (30 years) and the current rate of interest you are paying (let's assume 2.5%). The Bank of England base rate is currently 3%. So let's say you want to see the impact if the base rate increased by 2% (to 5% – which is the historic long-term average) you just enter 2% into the ‘anticipated rate change' box and click calculate.

The result shown below the interest rate rise calculator tells you that your current mortgage repayment would increase from £790 a month to £1,013 a month. That's an extra £223 a month that you'd need to find.

Then you would enter the terms of your original mortgage deal as before but would instead base the ‘anticipated rate change' figure on the difference between the Bank of England base rate at the time you took out your fixed rate mortgage (i.e. 0.1%) and where it is projected to be in the future when you come to remortgage.

Of course this is only a guide as to what your new mortgage repayments might be as it doesn't take into account the reduction in the size of your mortgage as a result of your previous monthly repayments.

Once you have the result move on to step 2 below.

Use the free calculator

Step 2 – The best way to find out your mortgage options

Consumers are unaware of the new rules and the fact they could leave some people stranded on their current deals. At best their mortgage repayments will increase in line with the Bank of England base rate, at worst at the whim of their lender.

Most consumers will wrongly assume that using a price comparison site is the best thing to do when looking to remortgage. However, bear in mind

That is why you are almost always better off dealing with an independent mortgage adviser rather than going it alone. This is why 70% of borrowers now use a mortgage adviser to find the best deal from a lender who will actually lend to them. Therefore, we recommend getting in contact with a mortgage advisor yourself. You can arrange a free remortgage review in just 30 seconds using this online tool*.

If you already have an independent mortgage broker that you trust then I suggest you get in touch with them as there has never been a better time to remortgage.

Further reading – should you fix your mortgage rate now

News, Saving For Your Future

By Laura Mossman
5 min Read 25 Nov 2022
What is Principality Building Society? Principality is the sixth largest building society in the UK, offering savings, investments, insurance and...

By Harvey Kambo
2 min Read 29 Jul 2022
Energy consultancy firm BFY Group has predicted that the energy price cap could reach £3,420 this October and could even...