News > Contactless limit to rise to £100 in October

Contactless limit to rise to £100 in October 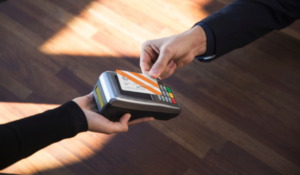 The cap was previously increased from £30 as shoppers were encouraged to tap their cards instead of handling cash due to hygiene concerns at the start of the pandemic. Some retailers opted for card-only payments to limit exposure altogether.

Almost two-thirds of debit card transactions in the UK are now made using contactless payment cards, and 83% of Brits regularly use it for their day-to-day purchases. Supermarkets saw the most contactless payments in 2020, with 41% of all payments made with the tap-and-go technology.

A report released by UK Finance earlier this year revealed there were 135 million contactless cards in circulation as of June 2021, making up 88% of debit cards and 81% of credit cards.

There are concerns that the increase to £100 per transaction will increase the risk of card theft, with criminals able to spend more with each stolen payment than ever before. There is also the worry that the new, higher cap could lead more Brits to slip into debt, as it becomes easier to just tap and go without thinking while making a purchase.

How to keep your contactless card safe and secure

You should always keep your contactless card in a wallet - avoid wallet phone cases, as thieves often specifically target these to get access to both your card and your phone at the same time - and store it in a secure pocket or bag so it cannot be swiped while you are out and about.

If your contactless card is lost or stolen, report it to your bank immediately. If you are able to, freeze your card from your bank account on desktop or mobile, to prevent thieves from being able to spend any money on it. Contactless purchases made with a lost or stolen card should be refunded to you in full by your bank if you report the crime as soon as possible.

Regularly check your bank statements to check when and on what your contactless card was used, to ensure there are no suspicious transactions, and to keep track of your spending as it can be easy to lose track of digital purchases.

Contactless limit increase: How to set your own spending limit

What to do if you're affected by Barclaycard's credit limit cuts

By Laura Mossman
11 min Read 29 Apr 2021
Barclaycard has faced criticism this week for slashing the credit card limit of thousands of customers despite there being no...