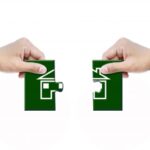 A ruling from the Supreme Court, the highest court in the UK, could change the legal position for unmarried couples arguing over property following separation.

What was this case about?

The case involved Leonard Kernott and Patricia Jones who were partners and in 1985 bought a  bungalow in Essex for £30,000 with a £6,000 deposit. This deposit was paid from the proceeds of Ms Jones previous home.

The couple bought the bungalow  in joint names and took out a joint mortgage.

In 1993 the couple parted after sharing the house for eight years. They initially put the property up for sale, but in 1995 took the property off the market and cashed in an insurance policy to enable Mr Kernott to buy a house in his own name.

Over the next 14 years Mr Kernott had ceased to make contributions towards the running of the house and made only limited contribution to the support of their children.

In 2006 Mr Kernott indicated that he wished to claim a beneficial share in the property. In response Ms Jones applied to the county court for a declaration under section 14 of the Trusts of Land and Appointment of Trustees Act 1996 that she owned the entire beneficial interest in the property.

Ms Jones won the case and Mr Kernott was awarded only a 10% share.

Mr Kernott appealed to the High Court but lost and then appealed to the Court of Appeal. He made the case that he didn't push for the sale of the property, following the breakdown of their relationship, as he wanted to keep a secure home for his children. He was successful and won a 50% share.

This current ruling overturned the Court of Appeal decision leaving Mr Kernott with his original 10% share.

What does this court ruling mean?

This ruling goes against the current law applying to couples living together but are not married. Previously the law ruled that the shares in a property were dependent entirely on what the couple did when they bought the property. In the majority of cases this meant they owned the property 50:50.

The new judgement says that the way the property should be divided, when a cohabiting couple break up, can be different to what's on any legal document, if there is evidence of the couple's intention.

In this case the cashing in of the insurance policy was the main evidence that indicated to the judge there was an intention at the time of crystallizing  Mr Kernott's interest in the Essex property.

Rental eviction ban comes to an end: What are your rights and what can you do?

By Laura Mossman
8 min Read 14 May 2021
The UK Government has announced that a temporary ban on bailiff-enforced rental eviction in England during the COVID-19 pandemic will...

Flybe airline goes bust: What are my rights?