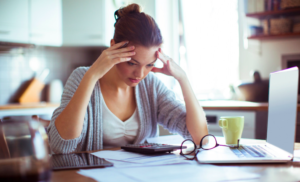 Energy regulator Ofgem has ordered energy providers to improve their systems for setting up direct debits as around 500,000 customers on standard variable tariffs report their bills have more than doubled. This is far in excess of the 54% increase in the energy price cap in April.

Firms were assessed for the systems they have in place for setting the correct direct debit amount, as well as the way in which they communicate with customers about their direct debit payments and any changes that are made to them. While the majority of providers were found to only have "minor" issues, a handful have been singled out as having "moderate to severe weaknesses" that require immediate action.

Which energy companies have been told to take action?

While all energy companies were included in the investigation, the results were divided into three categories, ranging from those with minor problems through to those with more substantial failings. The poorest performing firms were criticised for a range of weaknesses, including "inadequately documented or embedded processes, weak governance and controls, to an overall lack of structured approach to setting customer direct debits".

Suppliers with moderate to severe weaknesses

The following companies have been flagged as needing to make urgent changes:

Ofgem believes the processes some of these providers have in place could result in customers' direct debits being set inaccurately or not being evaluated often enough, which puts them at risk of either building up excessive debt or overpaying unnecessarily. The regulator states it is "starting compliance engagement with these suppliers to drive rapid and robust improvements to processes and reassess customer direct debits where necessary". It adds that it will take enforcement action if action isn't taken quickly enough, which could mean fines, enforcement orders or stopping the acquisition of new customers.

Companies identified as having some issues include:

Ofgem has highlighted problems such as lack of documented policies or guidance for staff, potentially not considering all factors when setting direct debits or not assessing payments often enough. As a result, it has also started compliance engagement with these firms to ensure improvements are made.

Suppliers with no significant issues

The final group, who generally were deemed to have robust processes in place, included:

Ofgem has still made recommendations for ongoing improvements, which it will monitor.

What does this mean for your energy direct debit?

Ofgem has told all suppliers to review direct debits that have increased by more than 100% between 1 February and 30 April 2022. In instances where there have been miscalculations, the regulator suggest providers consider a "goodwill payment", as well as address the underlying issues that could have caused the mistake.

It is hoped the intervention will lead to clearer communication with customers about their direct debit payments, as well as improving the systems to minimise the risk of over- and underpayments in the future.

Can 'smart direct debit' payments make you better off?

By Damien Fahy
1 min read 13 Nov 2022
Episode 392 - In this week's show we discuss how to check whether your energy supplier has set your monthly...

Tesco Clubcard vouchers set to expire: what action should you take?

By Laura Mossman
1 min Read 23 May 2022
Tesco customers are being warned to spend soon-to-expire Clubcard vouchers before the end of the month, with £17m of unused...