Energy price cap to be frozen at £2,500 for up to two years: What does it mean for you? 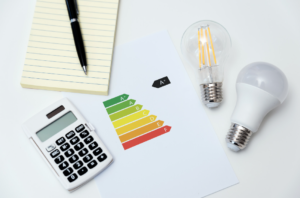 Prime Minister Liz Truss announced today - Thursday 8th September 2022 - that the energy price cap is to be frozen from the 1st October, meaning the average energy bills in the UK will be capped at £2,500 per year. Government intervention became more likely after Ofgem, the UK's energy regulator, announced an 80% increase to the energy price cap, taking the average gas and electricity bill to £3,549 from October. Revised predictions from energy research and consultancy firm Cornwall Insight even suggested that average annual energy bills could top £5,000 in 2023 and so the energy price freeze will come as a relief to many UK households and businesses. Below we share further details of the energy price freeze, what it means for you and how the government hopes to fund it.

Further details are expected to be announced in the coming days by Chancellor of the Exchequer Kwasi Kwarteng and we will update this article as soon as the details are known.

Energy price freeze - What is it and how will it work?

Prime Minister Liz Truss has announced an energy price freeze, meaning the average energy bill in the UK will be capped at a maximum of £2,500 per year from 1st October 2022. The freeze is set to last for up to two years and could end up costing the Government around £130bn. The price freeze will ensure that energy providers cap the amount households pay per unit of electricity and gas, meaning average energy users should pay no more than £208 per month on average for their energy bills. How much you will pay per unit of energy is explained in our article, 'Energy Price Guarantee unit rates confirmed – what does this mean for you?'

The energy price freeze is based on the maximum price you can be charged per unit of electricity and gas and so if you use more than the average user, you will be charged more.

How will the Government's new energy price freeze impact you?

Below we summarise how the new energy price freeze will likely impact you.

The Ofgem energy price cap will increase to £3,549 in October, however, average annual energy costs will now be frozen for households and capped at £2,500 for up to two years. The current energy price cap is set at £1,971 and so assuming energy prices remain high and are charged at the new price freeze, households will be paying around 27% more than they are now. So, if you are an average energy user, you could expect to pay around £208 per month on average for gas and electricity.

Using the figures above, an average energy user would have been paying around £165 per month based on the current energy price cap of £1,971; the new energy price freeze by the Government would see that rise to around £2,500 which is £208 per month for an average household. Additionally, the Energy Bills Support Scheme is set to stay meaning domestic households will still receive the £400 energy discount from October 2022. The discount will be applied to bills automatically over a series of 6 payments, with £66 being applied in October and November and a further £67 applied from December to March 2023. This means that energy costs could effectively be further reduced to around £142 per month on average for six months, before returning to an average of £208 per month in April 2023 for a further 18 months.

There is also the Cost of Living support package which provides additional help to those eligible and more information can be found in our article, 'A complete guide to the cost of living payments: Are you eligible?'

A fund is to be created that will support those who are not covered by a cap, but the Prime Minister did not confirm how big that fund would be or how long it would last. The fund should help people who use heating oil in their homes, those that use communal heating schemes as well as people in mobile home parks.

Businesses that are struggling to pay bills can receive help for up to six months with further support for vulnerable industries. We are expecting to hear more details from Chancellor of the Exchequer Kwasi Kwarteng in the coming days.

How will the government pay for the price cap?

A number of measures have been put in place to help lower the cost of intervention. Some of which we have listed below:

Prime Minister Liz Truss has also announced a number of other measures to help fix the energy crisis over the long term including:

Energy price cap increasing to £3,549 - what this means for your energy bills

By Lauren Burrows
2 min Read 26 Aug 2022
Earlier this month, Ofgem confirmed that the energy price cap will be updated quarterly instead of every 6 months to...

By Lauren Burrows
4 min Read 17 May 2022
Ofgem - the UK's independent energy regulator - has announced proposals for the energy price cap to be updated quarterly...

Energy Price Guarantee - When does it end and what does it mean for me?