Saving For Your Future > Investing > Cryptocurrency > FCA clamps down on Binance: What does it mean for you?

FCA clamps down on Binance: What does it mean for you? 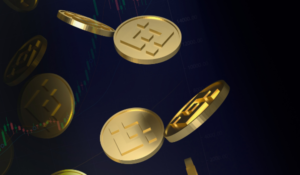 Binance Markets Limited has been banned by the UK's financial watchdog and ordered to cease all regulated activities by Wednesday 30 July, but how will the ruling affect you?

In this article, we discuss what Binance Markets Limited is, why the Financial Conduct Authority (FCA) has banned it, and how the change may impact you.

Binance - owned by Binance Group - is one of the largest cryptocurrency exchange platforms, with more than 10 million customers around the world. It was founded by Chinese-Canadian business executive Changpeng Zhao in 2017, and is currently domiciled in the Cayman Islands.

Binance has 2 of its own cryptocurrencies - Binance Coin (BNB) and Binance Smart Chain (BSC) - but also offers a range of financial products and services, including buying and selling more than 500 different cryptocurrencies and tokens, and its own integrated digital wallet.

Why has the FCA banned Binance Markets Limited?

The important thing to note is that Binance itself has not been banned - its London-based subsidiary, Binance Markets Limited (BML), has.

The FCA has ruled that BML cannot conduct any "regulated activity" in the UK, and has been ordered to display on its website by Wednesday that, “Binance Markets Limited is not permitted to undertake any regulated activity in the UK". BML must also “secure and preserve all records and/or information... relating to all UK consumers from its systems”, as well as halt any advertising and financial promotions.

The watchdog also issued a warning to consumers about cryptocurrency trading, advising people to be wary of adverts promising high returns, amid a growing backlash from regulators and institutions against cryptocurrency exchange platforms.

There are mounting concerns surrounding the role of cryptocurrencies in illegal activities such as money laundering, made possible by the unique anonymity that cryptocurrencies provide, and the fact that investors are not protected by the Financial Services Compensation Scheme (FSCS) if their assets are jeopardised.

How will it affect you?

With the number of Brits holding crypto assets now at an estimated 2.3 million, the news that one of the world's largest exchange platforms has been banned in the UK may incite some panic. However, the key take-away from the FCA's ruling is that although BML has been prohibited from trading in the UK, this is a separate legal entity from the existing Binance platform that most investors will already be familiar with.

Binance Group has issued a statement saying that the FCA's ban will have no "direct impact" on the services that it currently provides from its website, Binance.com, as BML has not even launched in the UK yet. UK investors can continue to use the existing Binance.com website to buy, sell and trade cryptocurrencies as before, but as always, they should heed the warnings that cryptocurrency trading is volatile and there is a potential to lose vast sums of money.

What does it mean for cryptocurrencies?

Despite the huge popularity of cryptocurrencies such as Bitcoin, and the increasing integration with traditional finance that we've seen with the public listing of Binance's rival Coinbase on the U.S. stock exchange in April, cryptocurrency appears to be facing some threats.

The FCA's ruling is part of wider efforts by regulators and financial institutions to clamp down on cryptocurrencies. There are concerns that cryptocurrencies' anonymity facilitates illegal activity, and that the lack of legal protection for investors could leave many out of pocket.

In fact, the UK is not the first country to take a hard stance against Binance. Last week, Japan's Financial Services Agency warned that Binance was conducting "unauthorised trade" with Japanese citizens, while Germany's regulator BaFin cautioned in April that the firm had "probably violated securities rules over its launch of trading in stock tokens".

Nevertheless, the price of Bitcoin and popular altcoins, including Ethereum, surged on Monday following the news that Banco Azteca could become the first bank in Mexico to accept cryptocurrency, so it's perhaps too early to make any assumptions about the future of cryptocurrency as a legitimate, recognised form of currency in the global economy.

What is Binance?Why has the FCA banned Binance Markets Limited?How will it affect you?What does it mean for cryptocurrencies?