News > Fingerprint card payments – is this it for cash?

Fingerprint card payments – is this it for cash? 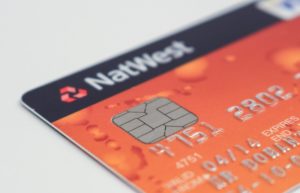 RBS and Natwest have revealed exciting new plans for a card that allows you to pay with your fingerprint.

The idea behind the trial is that you will not have to remember a pin number for transactions over £30 and having a fingerprint as payment authorisation could also help to increase security. At the moment the trial is only for a select 200 customers and is thought to be one of the first in the UK.

Some concerns have been raised, however, with the security of allowing your bank to have a copy of your fingerprint as well as the logistics of your bank obtaining it in the first place, with those in the trial having to visit a bank branch to participate.

Dutch company Gemalto, who is behind the technology being used in the trial, has advised “Fingerprint authentication sweeps away limits on the value of contactless payments, removing the need to enter a pin or sign the receipt. As a result, it simplifies the consumer experience at the point of sale and makes it faster and safer.”

It has also advised that the consumer's fingerprint is actually stored on the card itself and not with the bank which means that if the card were to be stolen then the card could only be used with the fingerprint associated with the card.

Will this be the demise of cash?

There's been a lot of speculation in the media recently that cash is set to die out as more and more people are regularly using cards and smartphones to purchase. This has resulted in a reduction in the use of cash as a whole and there has also been a significant number of bank branch closures and ATM closures nationally.

With the focus on mobile banking and the introduction of mobile-only banks it seems realistic that in a few years we could see the phasing out of cash, however, the Bank of England is less convinced and claims there is currently 'more cash in circulation today than ever before.'

The Bank of England does, however, admit 'that in 2017 debit cards overtook cash as the most frequently used payment method in the UK' but believes that cash is still the favoured form of payment. This is apparently because consumers like the anonymity of paying by cash, as well as the fact that it is accepted almost universally and allows for simple budget management.

The Bank of England argues that there is still the need to produce notes, with the polymer £20 note set to be introduced in 2020. So despite the increase in digital ways to pay it is unlikely cash will be dying out any time soon.

Will this be the demise of cash?

How to save money on credit card and loan payments

By Lauren Burrows
10 min Read 13 Dec 2022
As the cost of living hits households across the UK many are struggling financially and paying off debt can become...

Can 'smart direct debit' payments make you better off?

Klarna payments to be included on credit reports