Saving For Your Future > Pensions > Gender pension gap widens by £27,000 due to the pandemic – how to boost your retirement savings

Gender pension gap widens by £27,000 due to the pandemic – how to boost your retirement savings 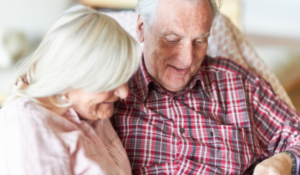 The gender pension gap has widened even further during the COVID-19 pandemic, with women having on average £27,000 less saved up for their retirement than men.

The worsening divide between mens and women’s pensions indicates that the pandemic has had a disproportionate impact on women’s over-55 retirement savings.

In this article, we explain how the pandemic has affected the gender pension gap, why women have been particularly affected, and 5 simple steps you can take to boost your retirement savings.

What did the research find?

The new report, conducted by More2life and the Centre for Economics and Business Research, shows that the gender pension gap has increased by almost £27,000 from £157,263 to £183,936 over the past year. It comes just days after a similar report revealed that UK women saved a total of £50bn less than men during the pandemic.

The difference between mens' and womens' pensions is likely to have been made worse by the COVID-19 pandemic, with millions of Brits on furlough or made redundant and unable to pay into their pots. More2life's research also concluded that women were disproportionately affected by these hardships, with 30% saying their financial situation has worsened since the start of the pandemic compared to 24% of men.

This is despite the fact that women typically contribute more into their pension pots than men, at 9.4% and 8.3% respectively, highlighting the impact that the pandemic has had on women's pensions in particular. Based on the average earnings of each gender in 2020, men were able to contribute almost £1,000 more than women to their pension over the course of the year. If this disparity continues, women could be expected to work an additional 14.5 years to reach the same post-retirement income as men.

The divide between men and women’s pension pots could be due to women’s greater exposure to financial instability during the lockdowns. Women are statistically more likely to work in public-facing, service roles which have suffered from widespread job losses and furlough placements since the pandemic began in 2020, and data from HMRC shows that there were consistently more women on furlough than men between July and December 2020.

In addition, 31% of furloughed women had worked 0 hours from March to July 2020 - compared to only 20% of their male counterparts - research from King’s College London and The Global Institute for Women’s Leadership also revealed, indicating that female workers were more likely to put on furlough and more likely to remain on it for longer.

The average retirement income for men and women is also different, even if they both work for the same length of time. Men who have worked full-time for over 30 years receive the highest average annual retirement income of £22,776, while their female equivalents receive just £17,004.

However, the most noticeable difference in retirement income emerges for those who have worked full-time for more than 50 years. Long-term working men received significantly more than women, at £19,404 and £11,592 respectively. This could, however, be in part due to some women working for the same length of time but under part-time roles due to family obligations.

The report has highlighted the need for women to boost their pension savings to ensure they have enough to live a comfortable life after retirement. We’ve rounded up our top 5 tips for boosting your pension pot, so you can minimise the impact of the pandemic on your retirement savings.

5 ways to boost your retirement savings

The first step to boosting your pension is to check that you’ve accounted for all of your retirement savings. Sometimes pensions can be forgotten about when you switch employer or change your address without letting your provider know. According to the Association of British Insurers, there are 1.6 million lost pensions in the UK, worth an average of £13,000 each.

Fortunately, there is an easy solution: You can use the government’s Pension Tracing Service to find the contact details that could lead you to a lost pension. Although you’ll need the name of your previous employer or pension provider to use the service, and it won’t tell you whether you have a pension or what its value is, it can be a useful leg-up to tracking down lost or missing pensions.

An alternative is to use a pension tracing and consolidation specialist such as PensionBee. PensionBee will not only search for any lost pensions on your behalf, it can help you to consolidate the pensions into one easy to manage plan. Additionally, PensionBee is offering new customers a one-off contribution of up to £750 if they sign up and transfer at least one pension. You can read more in our independent PensionBee review.

Postponing when you start dipping into your retirement income could boost your pension as it allows more time for you to contribute and more time for it to potentially grow, so you might have built up more savings by the time you retire. Annuity rates also tend to become more favourable as you grow older, so if you’re considering using your pension pot to buy a guaranteed income, putting off accessing your pot might mean you’ll access better rates and therefore a higher income for your retirement years. For more details on what annuities are and what you can expect from them, check out our article “What is an annuity and how does it work?”.

You can pay money into your pension pot and change your monthly contributions at any time, within the annual tax-free allowance limit set by the government, which is currently at £40,000 for the 2021/22 tax year. Some employers will even increase the amount they pay into your pension if you boost your contribution too, so if you’re able to increase your monthly pension payments even by just 1 or 2%, you could get a similar boost from your employer that could make a difference of thousands of pounds per year.

4. Make the most of your State Pension

If you reach State Pension age on or after 6 April 2016, you’ll need at least 35 years of National Insurance (NI) contributions to get the full new State Pension of £179.60 a week. Most people tend to work for around 40 years before they retire anyway, so you’re likely to meet the criteria if you’ve been consistent with your tax contributions. You can check your State Pension age using this tool.

If you’ve paid less than 35 years’ of NI - for example, due to unemployment, low income, or self-employment -  your pension entitlement will be significantly lower. If you have 23 years of NI contributions, you’d be entitled to just two-thirds of the full State Pension. Fortunately, there are ways that you can boost your NI record by making voluntary contributions before you retire to fill in the gaps and give your State Pension a boost.

You can begin the process of making voluntary NI contributions on the GOV.UK website.

Also keep in mind that for those who reach State Pension age after 6 April 2016, the new rules will apply, meaning your State Pension will increase by 1% for every nine weeks you defer. This works out as just under 5.8% for every full year, which is paid with your regular State Pension payment.

Therefore, delaying when you access your State Pension could also give your retirement savings a noticeable boost, if you’re able to keep working for longer in the meantime.

The Lifetime ISA (LISA) was designed as a savings vehicle to encourage people to save to buy their first home or to build up a retirement fund.

Its main feature is that the government pays a generous monthly bonus of 25% on everything you save up until you reach the age of 50, up to a maximum of £4,000 a year, although you can’t touch the money until you reach 60 without penalty (unless you’re using the cash to buy a house or have been diagnosed as terminally ill). You could pay into a Lifetime ISA (LISA) at the same time as your pension, or even instead of a pension altogether.

All LISA withdrawals are tax-free, in contrast to a pension which only lets you withdraw 25% as a tax-free lump sum. Just bear in mind that, in the event of bankruptcy, a LISA would be counted among your assets whereas a pension may be protected. A LISA could also affect your eligibility for means-tested benefits.

You can only open a Lifetime ISA if you’re under the age of 40, so if you have access to a workplace scheme, it may make more sense to pay into this for now if you’re on the younger side. However, a LISA can be a good option for self-employed people who don’t have an active workplace pension, or those approaching 40 wanting to ramp up their retirement savings.

For more information about how LISAs work and if they’re right for you, head to our article “Lifetime ISAs explained – are they the best way to save?”.

For more advice on boosting and managing your pension, check out our articles “How to transfer your pension – everything you need to know”, “How much should I pay into a pension each month?” and try our free pension calculator to work out your retirement income.

What did the research find?5 ways to boost your retirement savings1. Look for lost pensions2. Delay accessing your pension pot3. Maximise your employer’s contributions4. Make the most of your State Pension5. Take out a LISAMore on pensions

What is the personal savings allowance (and how you can boost it by £5,000)

By Andy Leeks
4 min Read 06 Apr 2022
The personal savings allowance for a basic rate taxpayer is currently set at £1,000. This means you can earn up...

Marcus customers can get a savings rate boost: How to claim

By Andy Leeks
3 min Read 15 Jun 2022
Marcus, the online bank from Goldman Sachs has announced an increase to the savings rate on both its easy-access savings...

What are my pension options at retirement?

By Damien Fahy
22 min Read 16 Mar 2022
Deciding what to do with your defined contribution pension when you reach retirement age can be overwhelming. In this guide,...