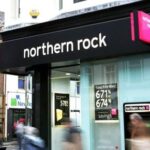 The troubled lender Northern Rock, taken into public ownership in February 2008, has been sold to Virgin Money for £747m.

This sale will affect one million savings customers and borrowers.

Who are Virgin Money?

It does not have a branch network and does not offer conventional banking services, but has 3 million customers, three times more than Northern Rock

What has Virgin Money actually bought?

When Northern Rock went into public ownership it was split into two companies.

Northern Rock Asset Management held all the former banks debts including 90% of the mortgages.

Northern Rock Plc was created to carry on operating in the normal way through the branch network.

Virgin Money has purchased only Northern Rock Plc and all accounts and branches will be rebranded Virgin Money.

What does this mean for Northern Rock customers?

All passbooks, chequebooks and debit cards will be rebranded Virgin Money and the range of financial products available will be more comprehensive.

Virgin Money has confirmed that the total number of branches will be retained.

What about if you have savings with Virgin Money and Northern Rock how will it affect your protection under the Financial Services Compensation Scheme (FSCS)?

The FSCS offers protection per institution registered with the FSA. So if an institution has a number of brands but only one group licence with the FSA then the FSCS will only guarantee £85,000 of savings across the group. Obviously there has been some concern from savers with accounts currently with both Northern Rock and Virgin Money that their level of protection under the FSCS would fall following this sale.

However, the FSCS have confirmed that the two companies will maintain their separate banking licences. The upshot is that if you have savings with both groups you don’t have to move your money in order to stay within the FSCS protection limits.

When will the sale be completed?

Subject to approval from the Financial Services Authority it is hoped that the sale will be completed by the end of the year.

Is this good for the taxpayer?

In part, the sale will raise a large chunk of money but this is peanuts compared with the massive costs of the Governments bailout of the Northern Rock four years ago. Northern Rock Asset Management is still in debt to the Treasury to the tune of some £21bn!

Virgin Mobile customers move to O2 in March - are you affected?

By Lauren Burrows
2 min Read 16 Jan 2023
Throughout 2023 Virgin Mobile customers will gradually migrate over to O2 mobile following the merger of the two companies in...

By Lauren Burrows
13 min Read 15 Sep 2022
Travel insurance is an insurance policy designed to pay out if you fall ill or require emergency treatment whilst abroad....