EDF Energy have today launched a new dual fuel fixed energy deal which will allow customers to fix their energy bill for the next two winters, without any exit penalties.

The decision whether to fix has become easier

Normally the decision whether to fix your gas and electricity bills is a tough one. On the one hand is the attraction of fixing so protecting your finances from any prices rises, for a fixed period of time. Usually one winter.

But on the other hand fix deals are often more expensive than the cheapest non-fixed deals available. Plus you run the risk of missing out on falls in the price of gas and electricity as fixed deals usually have a lock-in period.

To break a lock-in usually requires you to pay a penalty, often negating any potential savings made from switching deals.

Scottish Power & EDF Energy shook things up when they recently brought their fixed - no exit fee tariffs to the market.

These deals allowed consumers to fix their energy bills for at least a year, so avoiding any price hikes. But, should prices fall or cheaper deals become available they remained free to switch their gas and electricity supplier at no cost. Win-win.

But earlier this month both companies were forced to pull their respective products due to demand. But now EDF Energy have re-entered the fray with a new, albeit more expensive, deal.

Are energy companies about to increases their prices then?

SSE is due to increase its gas and electricity bills by an average of 9% from 15th October.

SSE had previously pledged to not increase its prices until October 2012 and they in fact cut their prices in March by 4.5%. But while SSE have been true to their promise they have taken the first opportunity to raise them.

Back in May British Gas warned that the rise in wholesale gas prices may force consumer prices up later in the year, so perhaps SSE's announcement should be unsurprising.

But the big six energy companies have been accused of operating a cartel. Historically, when one energy company raises or cuts its prices (as they all did earlier this year) the others inevitably follow.

The only firm not likely to increase its prices soon is Eon who have promised to keep prices on hold until the end of the year.

The cost of the latest EDF Energy deal

The latest deal will be approximately £89 a year more expensive than their previous deal. This means that an average gas and electricity customer will pay an around £1,143 a year, with the added peace of mind of their energy bill not rising for 2 winters.

If you follow my guide "6 ways to cut your energy bills" it will take you through how to compare the best deals out there for you, indeed you may decide against fixing instead opting for a cheaper non-fixed deal.

So what are you waiting for? If you are interested in fixing, be warned these deals will continue to be snapped up due to demand. 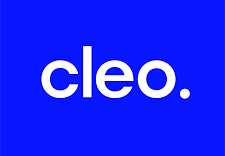 By Lauren Burrows
4 min Read 02 Feb 2022
The banking app Cleo has announced that it is temporarily taking a break from the UK to focus on its...

How much electricity am I using?

By Lauren Burrows
5 min Read 28 Sep 2022
Households across the UK are feeling the squeeze as everyday living costs continue to increase with food prices rising and...

Demand Flexibility Service - How to get paid to use less electricity

By Lauren Burrows
2 min Read 23 Jan 2023
From the 23rd of January 2023, almost 1 million households can benefit from money off their energy bills thanks to...