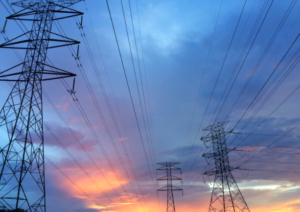 Octopus Energy and the National Grid are set to pay its 1.4 million smart-meter customers to cut their electricity use during a two-week "grid flexibility" trial. The trial, which runs from 11 February to 31 March, gives customers the option to reduce their energy consumption by around half during a specified 2-hour period per day, with a financial incentive if that goal is achieved.

The aim of the scheme is to reduce demand during peak times - typically between 9am-11am and 4.30pm-6.30pm - and help the energy provider move to a more environmentally friendly zero-carbon system.

What does the grid flexibility trial involve?

Smart-meter customers will be notified by 4pm each day when the two-hour window will be on the following day. They can then opt to reduce their energy usage during that period, with a target of cutting it to between 40% and 60% of their normal energy consumption. If they achieve this goal they could earn up to 35p for every kilowatt-hour (kWh) of electricity saved.

Participation in the scheme is optional and customers won't be penalised if they don't choose to reduce their energy usage during those times. Those who do join in will have any money they earn credited to their Octopus Energy account. Octopus Energy will invite eligible customers to take part in the scheme.

How much money could I make during the trial?

If you are an existing Octopus Energy smart-meter customer, you could be paid up to 35p for every kilowatt-hour of electricity you save, which can be achieved by, for example, delaying using your washing machine or tumble dryer during the 2-hour window or waiting to charge your electric car or put on an electric heater until later.

To give you an idea of the potential money-earners, the table below shows the energy consumption per hour of a number of common household appliances:

How else can I save money on my energy bills?

The trial comes at a time when energy prices are rising steeply, with the price-cap set to rise by almost £700 in April, taking the average annual bill to £2,000. While Chancellor Rishi Sunak has announced measures to help households struggling with the increased cost of living, in the form of a council tax rebate and further energy rebate, many people are still looking for ways to reduce their bills.

In terms of energy, if you haven't already got a smart meter, you should be able to get one free of charge from your energy supplier. The meters can help you more closely monitor your use of electricity, highlighting how making a few small changes - switching appliances off when not in use, turning off lights and reducing your use of appliances such as tumble dryers, for example - can add up to a big saving. You may also want to consider installing a smart thermostat, although this typically comes with an upfront cost of between £150-£200.

If the Octopus Energy and National Grid trial is successful, we can expect to see tariffs in the future that allow consumers to save money by cutting down their energy usage during peak times. This ties in with the government's target to achieve net-zero by 2050, with energy use a key component of meeting that target.

What does the grid flexibility trial involve?How much money could I make during the trial?Average energy consumption for common household appliancesHow else can I save money on my energy bills?

By Lauren Burrows
8 min Read 17 May 2022
Ofgem - the UK's independent energy regulator - has announced proposals for the energy price cap to be updated quarterly...

eToro vs Freetrade: which offers better value to its customers?

By Laura Mossman
7 min Read 28 Feb 2022
A growing trend in trading, whether in stocks and shares or cryptocurrencies, has led to investment platforms like eToro and...

How can I reduce my life insurance premiums?

By Damien Fahy
13 min Read 12 May 2022
In this article, we explain the different ways to reduce your life insurance premiums that you may not have considered....