News > Mortgages: You might be able to borrow more in 2022

Mortgages: You might be able to borrow more in 2022 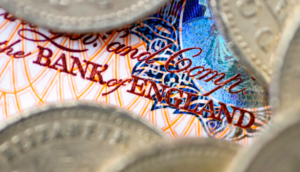 The Bank of England is considering simplifying mortgage lending by removing the stress-testing part of affordability assessments. As it stands, borrowers need to demonstrate they could still afford to make the repayments on their mortgage if interest rates were to rise by 3 percentage points. This rule is estimated to have stopped 50,000 renters in the UK from getting on the property ladder, with a further 6% of current homeowners limited in how much they were allowed to borrow.

The Bank has announced it will consult on the proposed change in the first half of 2022, looking at whether other affordability rules would be stringent enough to ensure the continuation of responsible lending if stress testing were removed.

What is a mortgage affordability assessment?

The Mortgage Market Review in 2014 led to changes in how lenders worked out how much they could lend on individual mortgages. This came in response to the financial crisis, before which time an easing in lending criteria had seen income multiples increasing and loan sizes growing significantly. Mortgage lenders were encouraged by the Financial Conduct Authority to consider not only what applicants' salaries were, but also the overall affordability of the loan. This included looking at:

The Bank is now considering whether the stress-testing part can be scrapped. Governor Andrew Bailey believes the other measures, alongside a cap of 4.5 times income multiple for the majority of mortgages, are enough to maintain robust and responsible lending.

For more information on the current rules on mortgage lending and the income multiples you are likely to be able to secure, read our article "How much can I borrow on my mortgage?"

What is likely to happen to mortgage rates?

Part of the Bank of England's reasoning on its desire to remove the stress test is the belief we are unlikely to see a substantial rate rise in the foreseeable future. Whereas in the past the base rate was generally around 5% - although it has been much higher than that at times - over the past 15 years we have become used to a low-rate environment. According to Mr Bailey, this looks likely to continue, with anticipated rises only pushing the base rate up fractionally. Indeed, the Bank's latest modelling demonstrates that, even with the effects of the Covid pandemic, the financial system remains robust and able to weather future storms without causing major disruption to monetary policy.

If interest rates are likely to remain stable or rise gradually, the stress test becomes redundant. It is certainly the Bank's view that the other measures and, in particular, limiting lending multiples to around 4.5 times income, offer enough restraint.

You can read regularly updated commentary on interest-rate predictions in our article "When will interest rates rise (or in fact be cut)?"

How would proposed changes affect a mortgage application in 2022?

As the proposed changes are still in the consultation phase, there won't be any immediate changes to the mortgage market. If, however, they are implemented, it could mean some borrowers would be able to secure a larger loan. It is worth noting though that, with the other parts of the affordability assessment likely to remain the same, the extra borrowing capacity won't be considerable.

First-time buyers, movers and those remortgaging are likely to be better served by looking at house prices and mortgage rates to help them manage their mortgage costs rather than waiting for changes to mortgage regulations.

What is a mortgage affordability assessment?What is likely to happen to mortgage rates?How would proposed changes affect a mortgage application in 2022?

How much can I borrow on my mortgage?

By Laura Mossman
12 min Read 16 Dec 2021
Whether you are a first-time buyer or looking to move house, knowing how much you can borrow on a mortgage...

By Damien Fahy
1 min read 21 Jul 2019
Episode 231 - On this week's show we talk about the correlations to look out for between the various assets and...

MTTM Podcast episode 337 - Best of 80-20 Investor, investing in holiday lets & should you borrow more when remortgaging