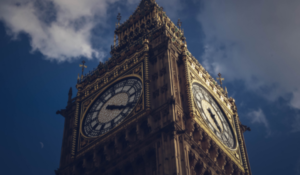 As the Queen officially reopens Parliament, we take a look at the legislative agenda outlined by the government for the year ahead and break down how some of the new bills might directly affect you.

The Government says that it hopes to help millions of people in privately rented accommodation in England by "enhancing" their rights. A White Paper (a document which outlines the Government's proposals for future legislation) with further details of renter reform is due to be published in full in the autumn, but here is a breakdown of some of the key proposals:

Having held a consultation on the possible abolition of Section 21 'no-fault' evictions back in 2019, the government had promised to publish its findings this year. Currently, private landlords have the right to evict tenants with 8 weeks' notice once their fixed-term contract has ended without stating a reason. Should the abolition go ahead, landlords would likely have to provide a "concrete, evidenced reason already specified in law" in order to bring tenancies to an end.

The Section 21 clause has been temporarily changed since the Covid-19 pandemic, with the government intervening so that landlords cannot evict tenants whose income has been affected as a result, although it is expected that the usual rules will resume once the last of the lockdown restrictions are lifted during the summer.

A proposal for a new 'lifetime' tenancy deposit featured amongst the Government's announcements. At the moment, renters have to pay a new deposit every time they move from one rented accommodation to another. This involves saving up to as much as 6 weeks' rent each time they relocate.

The Government has not yet specified how exactly the scheme will work, but it is expected that tenants will be able to supply just one deposit on the very first property that they rent, which will then be able to 'move' across to all subsequent tenancy contracts through the use of a financial bridging mechanism.

As part of plans to improve the rental experience across the UK, the Government has pledged to enhance renters' access to redress schemes, which help to maintain minimum standards on residential rental properties. All private landlords will have to belong to a redress scheme in order to 'drive up' standards in the rented accommodation.

The scheme will involve 'ensuring well-targeted, effective enforcement' to drive out criminal landlords with a set of measures to 'hold bad landlords to account for delivering safe and decent housing to tenants without penalising good landlords'. The Government also suggested the introduction of a 'landlord register'.

For more information about private renting, check out our guide to tenants' rights and responsibilities. Or, if you are looking for advice on how to find the right rental property for you, visit our article "Guide to renting – Top 10 tips on how to find & secure the right property".

Building on announcements made earlier this year about making it easier for leaseholders to extend their lease with charge caps, the Government has pledged to abolish future ground rents altogether.

Although the draft bill does not specify a cap on the cost of extending an existing lease, the proposal includes plans to ensure all new residential leases in England and Wales have a zero-ground rent policy, giving leaseholders of flats and houses the right to extend their lease agreements 'as often as they wish, at zero ground rent, for a term of 990 years'. There has been no indication, however, of when this legislation will come into force.

For advice on what to look out for when purchasing a leasehold property, check out MTTM's Podcast Episode 256.

With the trial over the Grenfell Tower tragedy ongoing, the Government has announced a string of measures to hold developers to account for the use of unsafe materials, such as flammable cladding, when building a property. Among the pledges is the establishment of a new Building Safety Regulator to 'ensure that the tragedies of the past are never repeated'.

Products used in the construction of buildings will be held to 'rigorous safety standards' from now on, with the new regulator helping tenants and homeowners with the cost of removing existing unsafe cladding through a financing scheme.

The regulator will also help tenants and homeowners with the cost of removing existing unsafe cladding, including through a financing scheme. Developers will be forced to pay a levy to ensure they pay their 'fare share' of the costs of removal, and residents will be provided with a 'clearer path' to get compensation if their home has been built with unsafe materials.

Perhaps the most controversial of the Government's proposals is the announcement of a bill that will require voters to produce formal proof of identity before casting a ballot in elections.

The move has already drawn criticism from MPs on both sides of the House of Commons. Prime Minister Boris Johnson has stated it is necessary to 'protect democracy', but Conservative former cabinet minister David Davis said it was an 'illiberal solution for a non-existent problem'.

Campaigners have warned that people without ID would be disenfranchised as a result, especially those in marginalised groups and those unable to afford the cost of applying for or replacing lost ID such as driver's licences or a passport.

Building on the Government's existing 'Lifetime Skills Guarantee' scheme, it has pledged to improve access to higher and university education for adults looking to retrain. The initiative will be rolled out across the UK and will be supported via a new 'Lifelong Loan Entitlement' which will enable applicants to receive up to four years' worth of student loans at any point.

It will be available to both college and university students over the age of 16 in England, Scotland, Wales and Northern Ireland, and will be able to be accessed 'flexibly' throughout the course of their lifetimes.

Announcing the scheme in Parliament, the Prime Minister stated: "I’m revolutionising the system so we can move past the outdated notion that there is only one route up the career ladder, and ensure that everyone has the opportunity to retrain or upskill at any point in their lives".

For information on repaying student loans, visit our article "Student debt: What you need to know about repaying your student loans" or listen to MTTM's Podcast Episode 284.

For animal lovers and those with pets, the Government has announced a trio of measures to 'promote the highest standards of animal welfare' across the UK. Among the proposals is a landmark bill for animal sentience to be recognised in British law for the first time in history.

The Kept Animals Bill will seek to tackle cruelty and improve standards in sanctuaries and zoos, crack down on puppy-smuggling, and end the practice of keeping primates as pets. The import of hunting trophies from endangered animals will also be banned under the Animals Abroad Bill.

Finally, after similar legislation was introduced in 2016 to ensure all dogs are microchipped, the law will now apply to cats too. The move comes amid a surge in pet theft during lockdown.

To find out more about what was announced during the speech in Parliament - including plans for a ban on conversion therapy, social care reform, and new measures to tackle the climate crisis - the GOV.UK website has an exact transcript of what the Queen had to say.

British Gas reopens its hardship fund - who can get help and how?

By Harvey Kambo
2 min Read 05 Jul 2022
British Gas has reopened applications for energy grants through The British Gas Energy Trust as of the 1st July 2022...

How to avoid losing your Boots Advantage Card points

By Lauren Burrows
2 min Read 15 Jun 2022
Boots Advantage Card customers who haven't used their card in the last 12 months have until the 20th June to...