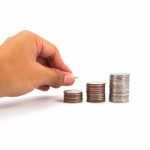 Results from a recent survey show that almost 42% of households expect that their finances will have deteriorated in one year's time with only 24% forecasting an improvement.

The survey, carried out by leading financial information company Markit, helps create the Markit Household Finance Index (HFI) which is compiled monthly and gauges sentiment regarding household finances in the UK.

At 38.8 in November, down from 41.0 in the previous month, the headline HFI was the lowest since April and well below the neutral value of 50.0. Around four times as many households (29%) reported a deterioration in their finances in November as those that saw an improvement (7%).

Expectations for finances in the next 12 months

November data signalled a worsening outlook for financial wellbeing over the next 12 months. Almost 42% of households expect that their finances will have deteriorated in one year's time with only 24% forecasting an improvement.

Cash availability and appetite for spending

Households reported a tighter squeeze on their cash available to spend during November which contributed to the most marked drop in savings seen so far in 2013. Reduced savings and falling cash availability continued to dampen households' appetite for major purchases in November.

The survey provided a positive signal for the UK labour market as workplace activity increased for the tenth successive month. Job security was broadly unchanged from the previous month and still close the survey high recorded in September. Despite rising workplace activity, incomes from employment dipped slightly in November.

Cost of living on the rise: How to minimise your household bills

By Bronte Carvalho
9 min Read 11 Oct 2021
Many households across the UK are at risk of falling into financial difficulty this winter due to the soaring cost...

By Andy Leeks
12 min Read 17 Apr 2019
When it comes to managing your finances and improving your financial wellbeing, the toughest and perhaps most important part is...