The Banking sector reforms & how they will affect you 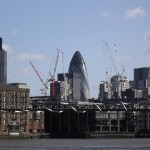 The Independent Commission on Banking's report was launched today and while hailed by politicians, you won't actually reap the benefits from most of the 'once in  a generation' reforms until 2019 at the very earliest - as I explain below.

What is the Independent Commission on Banking (ICB) and what was the point of the report?

The commission was set up by the Chancellor, George Osborne, last year to look into ways that the banking sector could be reformed in order to improve stability and competition. In particular, the government want to avoid a repeat of the taxpayer bailouts witnessed after the 2008 banking crisis. The ICB is led by economist and academic Sir John Vickers.

What did the ICB recommend as part of their banking reforms?

The full report is a beast of document at 358 pages long. If you have the time and inclination to read it here is the full ICB report. But for those of you who have better things to do with your life I've highlighted some of the recommendations below:

When will the reforms come in?

The Chancellor can act upon or ignore the recommendations within the report. However, George Osborne has already described the report as 'impressive' and plans to stick to the recommended timetable by passing the necessary legisilation before the 2015 General Election. That being so then:

So what are the positives

Quite simply if the reforms a) happen and b) achieve their goal then we should have a safer more competitive banking sector (from a consumer perspective).

So what the negatives

The biggest one is cost. It is estimated that the cost to the banks in completing these changes will be between £4bn-7bn. The British Bankers' Association claim that the ICB's proposals will be "significantly costly and have an impact on lending", implying that cost of borrowing for  individuals and businesses could rise. Given that the banking reforms only affect the UK banking sector there are concerns that the changes will make the sector uncompetitive compared to its European and global rivals, which would have a detrimental affect on the UK's fragile economy.

Also the lengthy timetable for implementation gives the banking sector plenty of time to challenge and campaign against the reforms.

How will the reforms affect me now?

Well they won't as they are still proposals which require legislative changes in order to be implemented. Even then the timetable for changes is in 'years'. The first thing you will likely see is an improved bank switching facility in a few years. While Lloyds TSB customers whose branch is sold (as mentioned above) will see their accounts move to the new buyer.

By Lauren Burrows
3 min Read 01 Apr 2019
NatWest has announced the launch of a brand new banking app, called Mimo that works in a similar way...

By Lauren Burrows
3 min Read 12 Aug 2019
NatWest has announced that it will trial voice banking with 500 of its customers. The 3-month trial enables Natwest Customers...