Saving For Your Future > Pensions > The market panic explained, how it affects you & what you should do

The market panic explained, how it affects you & what you should do 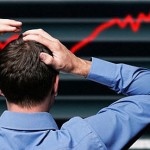 Over £210 billion was wiped off the value of the UK's largest companies (those that make up the FTSE 100 index) during the first week of August. The index alone fell from 5,900 during trading to on 1st August down through 5,000 during subsequent intra-day trading.

But the market panic is a global phenomenon with similarly spectacular falls experienced around the globe with £5 trillion wiped off global markets in just 10 days.

Why is the market sell-off happening?

There are a number of linked problems. Firstly a debt crisis of developed economies (not just the eurozone). But it is the fear that the eurozone debt crisis could spread to other non-periphery nations such as Italy and Spain which has spurred much of the latest market panic. What we are talking about is the potential insolvency of two large economies which would subsequently require some form of bailout akin to those given to Greece, Ireland and Portugal previously. Concerns abound as to whether eurozone leaders will be able to but more importantly capable of stemming any contagion. This also fuels fears that should these economies default the implications for the respective sovereign lenders, principally banks, will lead to a fresh banking crisis.

Then there is the fact that the US credit rating was downgraded from the maximum AAA rating to AA+ by ratings agency Standard & Poor's. Political wrangling almost stopped the US effectively extending its overdraft in order to pay the interest on its huge debt mountain. An agreement was reached at the 11th hour. But Standard & Poor's feels that this means that the US is more likely to default on its debts (at least theoretically) in the future, hence the downgrade. This shook investor confidence – think of it like an earthquake. That which you always assumed was rock solid suddenly becomes anything but.

Thirdly, economic data from the US suggests there is an increased likelihood of its economy going back into recession which would be disastrous for the world economy – what with the US being the main driver. Traditionally where the US goes, world economics tend to follow.

For those interested here is a full time-line of the debt crisis.

However, further events will continue to unfold which may compound matters. If growth  figures for the eurozone also disappoint then market confidence will take another turn for the worse.

How far will markets fall?

Well it's difficult to say. For months I've been saying that 4,800 is a possible support level for the FTSE 100 based on a number of factors. But don't be surprised if we go through this level (see my comments later on when markets will be deemed cheap). On the flip side don't be surprised if we experience short term market rallies – which some might call 'dead cat bounces'.

But it all depends on the level of intervention from central banks and policy makers.

Could it get it any worse?

Yes it could. Markets and investors have been in denial of the fundamentals for some time. What we are seeing is reality coming back to bite. Perhaps the biggest concern is that the US could go back into recession next year with some analyst claiming that the chances of this are as low as 50-50. If this were to happen then history says that equity markets tend to fall 40% from their peak. Given that the recent falls are hovering around 20% there could be a lot more pain to come.

So how does the market sell-off affect me?

Obviously anyone with investments will likely see the value of these fall, especially those invested in equities. But not all investment are falling. Gold (traditionally seen as a safe haven) has rallied strongly in the face of market uncertainty.

Pension funds traditionally invest around 60% of their assets into equities so these will be hit. But those with personal pensions may feel the losses more acutely especially if they are in riskier assets. Falling pension pots mean that those needing to retire now would secure a lower annuity income in retirement. In addition annuity rates will likely fall due to a rising demand for gilts (government debt) from risk averse investors. Annuity rates are affected by gilt yields.

But even if you do not have investments or pensions you may still feel the effects of the market crash. Insurance companies invest in financial markets and any losses will likely result in increased premiums for consumers. If a full scale banking crisis erupts from the eurozone debt crisis lending could dry up – affecting those seeking credit or mortgage loans. On the flip side mortgage rates might fall as lenders benefit from being able to buy cheaper funds as a result of falls in gilt yields. This could be passed onto the public in the form of lower mortgage rates.

But if we see a return to the bad days of 2008 and a full scale banking crisis savers may become concerned over the safety of their savings, particularly with banks over exposed to European sovereign debt.

Will the crisis affect my pension?

As stated above the chances are that it will unless you are a member of a final salary scheme or already receiving an annuity income in retirement.

Are we entering a double-dip recession?

Not yet but we could do. Economic figures on both sides of the Atlantic have left a lot to be desired. GDP (Gross Domestic Product) figures and forecasts which are used to determine whether we are in a recession have disappointed. Time will tell.

If you are worried about the possibility of recession then read my article 10 ways to make you and your finances recession proof.

What should I do with my investments?

If you haven't already tactically adjusted your portfolio, de-risking to some extent, there is probably little point in panic selling now. Your time is now best spent building a shopping list of opportunities. But get in touch with your financial adviser if you have one. In all honesty if they are any good they should have been in contact with you already.

But does the market volatility represent a buying opportunity for canny investors? Certainly shares are cheaper than they were at the start of August but does that mean they are cheap? This depends on the measure (such as dividend yield) you use when determining whether a market is cheap. But as a rough guide, if historical indicators are relied upon to determine when the markets enter ‘cheap’ territory then we are looking at the US equity markets possibly needing to fall a further 20%  and the FTSE 100 plummeting to around 4,000.

Also when you do decide to enter the markets you should consider the benefits of pound cost averaging and phased investing.

And for those savers concerned over the potential of another banking crisis and the security of their savings read my article Money tip #99 – How to protect your savings from your bank going bust.

Stock market euphoria to panic and back again? - Episode 65 of Damien's Midweek Markets

By Damien Fahy
1 min Read 11 Jun 2020
The 65th episode of my weekly YouTube show where I discuss what is happening in investment markets and what to...

By Damien Fahy
1 min Read 06 Feb 2020
The 49th episode of my weekly YouTube show where I discuss what is happening in investment markets and what to...

MTTM Podcast Episode 263 - Equity market bottoms, the bond market and managing your money through a crisis