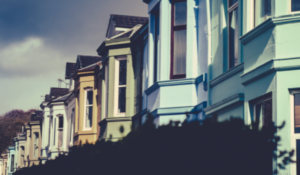 Annual UK house price growth surged 10% in November, meaning prices are now almost 15% above the level they were in March 2020 before the first national lockdown, according to newly-released data from Nationwide Building Society.

UK house prices continued their upward trajectory in November to reach 10% year-on-year growth, new figures from Nationwide’s House Price Index show. This means that house prices now are 10% more expensive than they were a year ago. The average price of a house in the UK was £229,721 in November 2020 compared to £252,687 in November 2021.

The new figure follows on from the 9.9% growth reported in October, when the average UK house price was £250,311, and represents a nearly 15% increase from the £219,583 that the average homebuyer would have to pay for a property back in March 2020 when the Covid-19 pandemic was just beginning to set in.

What is going on with UK house prices?

The UK housing market has seen a slump in recent weeks following the end of the stamp duty holiday in September, but prices have continued to rise steadily despite the lack of activity. This appears to be partly down to the fact that there are less houses on the market in the first place.

Data from HMRC last week noted that the property market in October had been the quietest for almost 10 years, with house sales 28% lower than a year earlier during the same period. Similar figures from the Bank of England showed that the number of mortgage approvals for UK homes tumbled to the lowest level in 16 months in October.

Recent months have also seen the launch of historically low mortgage rates, as well as the reintroduction of higher loan-to-value deals, which have sustained demand and kept prices high.

However, some analysts have stated that they expect UK house prices to stagnate in the first half of 2022, while buying demand may take a hit in the near future as homeowners grapple with the implications of the new Omicron variant and how it could impact their plans to move.

You can read more about what is happening with UK house prices, and what to expect in the coming months, in our article “What is going to happen to UK house prices?”.

More on home buying and selling

For further reading on buying and selling properties, check out the following articles:

Nationwide’s House Price IndexWhat is going on with UK house prices?More on home buying and selling

Stock market volatility is back - Episode 66 of Damien's Midweek Markets

By Damien Fahy
1 min Read 17 Jun 2020
The 66th episode of my weekly YouTube show where I discuss what is happening in investment markets and what to...

Stock market euphoria to panic and back again? - Episode 65 of Damien's Midweek Markets

By Damien Fahy
1 min Read 11 Jun 2020
The 65th episode of my weekly YouTube show where I discuss what is happening in investment markets and what to...

Revealed: How to double your life insurance cover without breaking the bank

By Andy Leeks
6 min Read 26 Feb 2020
The cost of life insurance has steadily decreased in recent years thanks to a combination of improved technology, increased competition...