News > ULEZ: The towns and cities getting their own Clean Air Zones

ULEZ: The towns and cities getting their own Clean Air Zones 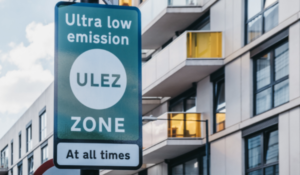 An estimated 300,000 Londoners face a £12.50 daily charge from today following the expansion of the Ultra Low Emission Zone (ULEZ) in the capital. However, London’s cleaner air scheme is not the only one of its kind, and there are plans to launch similar zones in towns and cities around the UK to help reduce carbon emissions. In this article, we take a look at how the ULEZ is changing, and which parts of the UK are set to see the launch of their own Clean Air Zones in the near future.

What is the ULEZ?

First introduced in April 2019, the Ultra Low Emission Zone is an area where motorists must pay a charge for travelling through certain parts of London - 24 hours per day, 7 days a week, every day of the year except for Christmas Day - designed to cut carbon emissions and “clean up London’s air”.

Most vehicles - including cars, motorcycles, vans and specialist vehicles (up to and including 3.5 tonnes) and minibuses (up to and including 5 tonnes) - need to meet the ULEZ emissions standards or motorists will have to pay a £12.50 daily charge to drive inside the zone. You can read about what the ULEZ emissions standards are, and if your vehicle qualifies, on the Transport for London website.

Lorries, vans or specialist heavy vehicles (over 3.5 tonnes) and buses, minibuses and coaches (over 5 tonnes) are not subject to the ULEZ charge. However, they will still need to pay the Low Emission Zone (LEZ) charge if they do not meet the LEZ emissions standard. You can find out more about the LEZ emissions standards, and if your vehicle qualifies, on the Transport for London website.

How is the ULEZ changing?

The ULEZ is changing from Monday 25 October 2021 to include all areas in London within the North and South Circular roads. Although the North Circular (A406) and South Circular (A205) roads themselves are not in the ULEZ, the change marks a significant expansion to the zone, which is now 18 times its original size. The red dotted lines on the map below show the extent of the ULEZ as of Monday 25 October 2021, which now covers a large portion of the city.

What are Clean Air Zones?

In order to improve air quality and reduce carbon emissions, some parts of the UK are introducing their own Clean Air Zones (CAZ), which work in a similar way to London’s ULEZ. These are areas within a town or city where certain vehicles are subject to a daily charge if they do not meet the specified minimum emissions standards.

There are different “classes” of CAZ used to denote which types of vehicles are subject to the charge. In addition, each vehicle type also has its own minimum emissions standard, which it must qualify for in order to avoid paying the charge. If the vehicle does not meet the relevant minimum emissions standard, it may be subject to a CAZ charge, depending on the class of the area it is travelling in.

Some regions, such as the 4 largest Scottish cities, are instead opting to implement Low Emission Zones as already seen in London, but Oxford is even planning to launch a Zero Emissions Zone - making all but electric vehicles subject to a daily charge - in order to clamp down on carbon emissions.

Areas which introduce a CAZ are categorised into 4 different classes depending on which types of vehicle are subject to a charge. The table below explains how the different classes work in ascending order of severity.

Each vehicle type also has its own minimum emissions standard, which you can find in your logbook or from the manufacturer. To avoid being charged for travelling through a CAZ, your vehicle must meet the relevant emissions standard.

Which towns and cities are getting Clean Air Zones?

There are plans to introduce Clean Air Zones in towns and cities across the UK. Some have already come into effect but the majority are scheduled to launch between 2022 and 2024. In the table below, we round up the types of Clean Air Zones proposed in a number of UK cities, how much the daily charge is expected to be, and when the scheme will start to be enforced. Click on the region to find out more directly from the local authority.