News > What the Lloyds TSB bank split could mean to you

What the Lloyds TSB bank split could mean to you 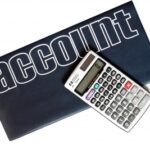 From 9am on the 9th September 2013  4.5m customers of Lloyds TSB officially became customers of a standalone TSB bank. Lloyds will continue to operate as a bank in it's own right.

So why the change and how will it affect existing customers of Lloyds TSB.

Why are the two bank brands splitting?

In the midst of the financial crisis Lloyds launched a takeover of the beleaguered HBOS which was at the point of total collapse. This deal rapidly turned sour and resulted in a bailout out from the taxpayer, who still own 40% of Lloyds. As a result the European Commission insisted that Lloyds offload around 600 branches to another banking business.

An attempt was made to sell these branches to the Co-op Bank but this deal faltered leaving Lloyds having to engage  an alternative strategy to offload the branches. A decision was made to split 631 branches away from the main Lloyds group under the TSB brand with a view to a planned flotation in 2014. Any resulting sale will boost Lloyds value and make progress towards  the Government's plan of eventually selling off the taxpayer's interest.

Which customers are affected?

Around 4.5 million customers are affected who bank with any of the 631 plus branches selected by Lloyds in 2012 - see a full list here. This includes all of the Cheltenham & Gloucester branches as well as all Lloyds branches in Scotland. All affected customers should have  received notification in December regarding these changes.

As an account holder in a new TSB branch what changes will I notice?

Online banking - you will now need to access this through www.tsb.co.uk but all your log in details will remain the same

Mobile banking app - you will no longer be able to use the the Lloyds banking app, however TSB will be launching their own app in the next few days

As a new TSB customer can I still use a Lloyds Bank branch?

At present customers can use either bank for most transactions, this will be the case for the next couple of months until the networks finally split. Customers will be informed when the split date in finally agreed.

The new Lloyds Bank Cashback credit card: Everything you need to know

By Bronte Carvalho
4 min Read 30 Jul 2021
Lloyds Bank has launched a fee-free cashback credit card that offers up to 0.5% cashback on purchases, making it the...

Lloyds, Halifax and Bank of Scotland blunder - are you due a payout?