Owning A Home > A story of housing – ‘can it be that it was all so simple then?’

A story of housing – ‘can it be that it was all so simple then?’ 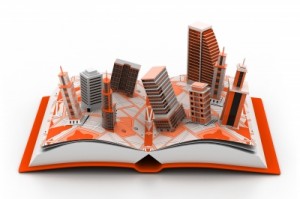 I was recently listening to 'Way we were' sung by Barbara Streisand and there is a lyric in that song that forms part of the headline to this article. Coincidently I was reading an article about the housing market at the same time and this lyric struck a chord with me in relation to what I was reading.

'Can it be it was all so simple then?'

I can go back a long way and clearly remember how different it was in the early 1970s in regards to home ownership.

Home ownership in the UK started to take off in the 1950s with the post war building boom providing people the opportunity to own their own home. By 1971 there was almost an equal split between home ownership and renting.

Back in the 1970s when young couples started in a long term relationship they would typically start saving for a deposit on their own home. They continued living with their parents until they got married and moved into their newly acquired home. This home would be close to where they were brought up as well as close to where they worked.

Once married, couples would remain in their first house for a number of years and only consider moving house when the number of children exceeded the number of bedrooms. Their next house would be in a better area but typically still in the community in which they worked and where raised. Children would attend the nearest school and walk there (no school runs in those days).

In 1970 the average age for a male to get married was 23 and for a female 21, this meant that many couples with a 25 year mortgage owned their home outright by the age of 50.

Couples in the 1970s saw their house as their home rather than an investment and would quite often remain in the same house for many decades forming part of a local community.

Fast forward 40 years - what has changed?

Firstly, up until the credit crunch, saving up for a deposit was not high on a couple's list of priorities, why should it be with 100% mortgages freely available and house prices on an ever increasing upward spiral?

Post credit crunch and couples are now having to get together a deposit again as mortgage lenders have become more cautious. As 100% mortgages died off home ownership also decreased from a peak of 69% in 2001 to 64% in 2011.

Those already owning a home in 2000 have seen a rapid rise in the value of their properties as the housing market bubble grew on the back of easy credit. Now people see owning a property as an investment rather than just a home.

With the move over the last 40 years from blue collar factory jobs to white collar office jobs people are now commuting in their droves to work in city centre offices. The demand for homes nearer the city centres (in particular London)  has grown dramatically and the prices of these properties has escalated post credit crunch.

The result is that just owning a home is now not enough to gain credence with the dinner party bragging clan. To enter this elite, but slightly sad, world you must have at least one buy-to-let property and live in a trendy (Shoreditch is just fine) part of town.

Let me digress for a minute. Shoreditch, for those that live there but don't understand the history, was where Jack the Ripper's victims drew their last breath and Ronnie and Reggie Kray walked the streets in the their sharp suits and knuckle dusters. Now, I am all for gentrification but no matter how many decaf skinny lattes you offer me I think £600,000 for a studio flat in Shoreditch is mad.

Ok, now where was I?

As I said earlier, 1970s children would attend their local school and walk there. Now parents are fighting over getting their little ones in the best (in their opinion) schools in the area. Some are even buying a second property in the school catchment area to try and cheat the system!

My point is this, as Barbara Streisand sung 'Can it be that it was all so simple then?'

In the 1970s you bought a house, lived in it, moved when you needed to, walked to work and paid off your mortgage by age 50. Simple!

Now you own a property and talk and stress endlessly about the current value. Consume endless newspaper column inches about property values. Attend dinner parties and talk some more about property prices. Own at least one buy-to-let property. Engage in under hand tactics so that  your loved ones get accepted in your preferred choice of school, then drive them to school because it's too far to walk. Live in a, so called, trendy city borough paying off an eye watering mortgage that you won't pay off until you are older than Bruce Forsyth. Then have to move when your trendy city borough is no longer trendy (OMG darling!)

A story of housing'Can it be it was all so simple then?'Fast forward 40 years - what has changed?Ok, stop reminiscing what's your point

By Damien Fahy
26 min Read 06 Apr 2022
Nobody wants to pay more tax than they need to, but the problem is that the tax system is incredibly...

How to remortgage in 5 simple steps

By Laura Mossman
12 min Read 20 Jun 2022
In our simple 5-step remortgage guide we explain the remortgage process from start to finish, including how to remortgage, what...