How more Quantitative Easing (QE2) will affect your finances 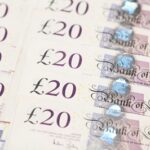 Yesterday the Bank of England (BoE) announced it was going to start printing money again (£75bn) in order to kick start the UK economy. Such drastic action will invariably affect mortgage rates, pension investments and value of the pound in your pocket.

Yesterday the Bank of England’s Monetary Policy Committee (MPC), who are the guys who decide the UK base rate, once again voted to keep the base rate at 0.5%, for the 31st in a row. While this was expected, the announcement of a new round of Quantitative Easing (QE2) to the tune of £75bn caught a lot of people by surprise.

There have been growing signs that the limp economic recovery is running out of steam and that the UK (but not just the UK) is about to dip back into recession. Economic data has been turning down with the Office of National Statistic's downgrade of their estimates for economic growth, for the second quarter of this year, being the latest example.

So while the likelihood of QE2 had undeniably increased economists largely didn't expect the BoE to push the panic button just yet.

So what is Quantitative Easing and how does it work?

In layman's terms it is akin to the BoE turning on the money printing presses to flood the economy with new money backed by absolutely nothing (the gold standard is just a distant memory these days). With all this spare cash floating around the aim is to kick start the economy.

However, the reality is slightly different. The BoE doesn't actually print money but instead buys swathes of assets, in this case government loans (aka gilts), from institutional investors with 'new money' created electronically. The effect is to drive up gilt prices due to the increased demand (and therefore drive down gilt yields - remember when gilt prices go up the yield goes down and vice versa). Banks selling these gilts will find themselves with bucket loads of cash earning next to nothing on deposit as the BoE has previously cut short term interest rates to next to nothing.

The theory is that banks will be encouraged to start lending more money  to businesses and consumers who in turn will spend their new borrowed riches in the economy and get the wheels of the UK economy moving again.

Secondly, by driving down gilt yields the cost of borrowing should be driven down for banks and therefore borrowers. Cheap credit encourages people to borrower more and spend rather than save money and pay off debt. The former drives the economy while the latter slows it down.

Did Quantitative Easing work last time and isn't there a catch to all this money printing?

No, it didn't really work as such last time. Both here and in the US (who also like a bit of QE) the expected outcome of printing money is one thing but the reality is different.

For starters banks just used the last round of QE to shore up their own books rather than lend it out. In addition, consumers and businesses were and are still trying to deleverage meaning there is not necessarily an appetite for further borrowing, at least not from those who can afford to repay. Which only leaves those who the lenders don't want to lend to anyway.

Quite simply you can't force lenders to lend and people to borrow money if they don't want to.

The last round of QE also saw the price of risk assets (such as equities) rise as money flowed into these markets. Accordingly the major stock market indices rallied.

Also, QE is a massive economic experiment one which no one truly knows the outcome of. Flooding the economy with money could lead to inflation (or hyperinflation in extremis) in the future as more and more money chases fewer and fewer assets. But this is not a given as right now there are some pretty strong deflationary pressures out there (diminishing real wages, falling consumer spending and high unemployment to name a few).

Think of the economy as a sick patient in a coma on a life support machine. The BoE and policy-makers are the doctors trying to keep the economy alive by pumping it full of drugs (QE) - all the time keeping an eye on the patient's vital signs. But they've run out of medicines to try as they've used everything in their locker. But they are pressing ahead anyway and using more of the same drugs regardless. Hey let's just up the dosage this time!

But if I now tell you that it was the doctors who put the patient in a coma in the first place - how much hope have you now of the patient making a full recovery?

So how will the QE2 affect me?

Final Salary Pensions - following yesterday's QE2 announcement the National Association of Pension Funds has called for an emergency meeting with The Pensions Regulator over fears on the impact on final salary (defined benefit) pension schemes. This is because the potential return achievable on gilts will now likely fall in tandem with gilt yields, gilts being the investment cornerstone for defined benefit schemes to match future liabilities. If investment returns are hit then schemes may fall into funding deficit.

Annuity Rates - are based on long-term gilt yields. So when gilt rates fall so do annuity rates. So that means people nearing retirement will receive less income than they would have when they buy an annuity with their defined contribution pension pot (i.e. a personal pension plan)

Investments - following the announcement of QE2 UK equity markets showed an uptick (closing up 3.71%) on the day, however, not all these gains are attributable to QE2. While risk assets (such as equities) rallied after previous QE efforts both here and in the US, markets have been pricing in the possibility of QE2 in the UK for some time, although the timing of its implementation caught most by surprise. But QE2 is smaller than QE1 (which was £200bn in size, plus a lot of the previous gains were driven by QE programmes in the US, so don't expect to see equity markets shooting the lights out. Holders of 10 year gilts will benefit from price rises as a result of QE2. So don't be surprised to see funds such as M&G Corporate Bond benefit. On the flip side gilt yields will fall meaning the income return on gilts will fall. But the problems in the eurozone remain the biggest threat to investors at the moment.

Mortgages - most mortgage rates are based on short to medium term borrowing rates. So QE2 is unlikely to impact your monthly mortgage repayments. But the application of QE2 does suggest that the bank base rate will remain at 0.5% for the foreseeable future - which is good news for mortgage holders on variable/tracker rates.

Savings - as the bank base rate and therefore savings rates are likely remain low for some time while inflation remains elevated savers will see the real value of their money deteriorate further. The one glimmer of hope was the BoE's statement that they expect inflation to fall back to 2% in the medium term.

Sterling - quite simply, pushing more money into the economy makes the value of the pound in your pocket worth less. Unsurprisingly the Sterling exchange rate fell against major currencies after the announcement, falling by 1% in a minute against both the Dollar and the Euro. Obviously if this pattern persists then your holiday spending money has got a tiny bit more expensive.

Borrowing - the theory is that we should see signs of increased lending activity to businesses and consumers. However, don't hold your breath on this as if history is to repeat itself then increased lending may not materialise to the extent policy-makers are anticipating.

Potential for the UK to slip back into recession - the fact that the BoE hit the panic button so soon shows how much the UK economy has slumped. The question is whether they've done enough to put out the fire or whether they've just sounded the alarm. So recession proof your finances just in case.

By Laura Mossman
1 min Read 23 Mar 2022
Chancellor Rishi Sunak delivered his Spring Statement to Parliament, giving an update on the economic health of the country and...

How to safeguard your finances from scams and problem spending

By Lauren Burrows
2 min Read 22 Jul 2021
Billions of pounds are lost to fraud in the UK each year. Research from consumer body Which? found that in...