How to get a mortgage with a poor credit rating 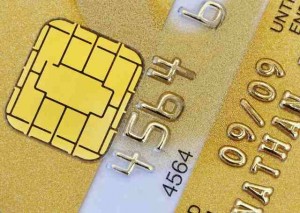 People automatically assume that if you have a poor or adverse credit history, or have ever been made bankrupt, you can not get a mortgage. This is not true and in the Q&A below I explain how to get a mortgage with a poor credit rating.

Can I get a mortgage with a low Credit score?

An all too common question nowadays, but it's one with several answers. It all depends on what you think is causing your low Credit Score.

Sometimes you just don't meet the particular Criteria of a lender. This is a very common issue when customers speak to the Mortgage Adviser in their local High Street Bank or Building society. These advisers can only talk about their own company products, so if you don't meet criteria they cannot offer an alternative solution.

I've lost count of the number of clients who have told me “I can't get a mortgage, my Bank told me so!” (or something similar). What they should have said is you don't meet our criteria so try somewhere else.

I am not saying it is as easy to get a mortgage if you have a poor Credit rating, or Adverse credit history. In recent years there was a whole market of specialist “adverse” lenders, commonly known as “Sub-Prime”. This is no longer the case, so many advisers no longer offer this as a service. But there are lenders out there who are sympathetic to clients' situations, you just need to know where to look.

So what do I do First?

Before you even begin to look for a mortgage you need to understand what the lenders are looking for. Just to make it harder they all want different things, so it makes sense to seek the advice of an experienced mortgage adviser.

To start with it's important that you download a current copy of your credit report. You can get it for free from Experian.

Experian will provide you with a free copy of your credit report.

Why is it important to check my Credit report before looking for a mortgage?

It is vital that your mortgage adviser knows your exact position before sourcing a mortgage as incorrect information, or non-disclosed credit information often leads to a Declined application. It is usual for the provider to add a note to your credit fail as part of their credit searches, and this can actually affect your credit rating, making it that much harder with the next application

Why did I fail the “Credit Score” of the lender when my Credit report says I'm okay?

This is usually because you failed to meet their standard Criteria and it's pretty much a case of “Computer says No!”

This could simply be because you have been in your current job for less than 6 months, or 12 months (it varies). If that is their criteria the outcome of your application will either be a definite decline, or they won't count your income. That means that you will probably fail the Affordability test instead.

For some lenders all applicants have to be over 25. Some lenders will not do more than 85% mortgages, others won't lend on certain properties.

One of the biggest issues in recent times is the existence of a “PayDay” loan on your recent record. For many lenders this is a sign that you can't manage your money, leading to an instant Credit Score “failure”.

I have a good income, but it includes some benefits. Can I get a mortgage?

If your income includes Child Tax Credits or Working Tax Credits this could work against you, as these could stop at any time if the rules change. The lender has to be sure that if they do you can still afford the mortgage. This could mean you fail the Credit score system with some lenders, or the income is ignored, or only partially counted with others.

For most simple Credit Score failed issues there is usually another lender that will be prepared to accept you as a customer. These are normally companies who prefer to avoid the “Computer says No.” approach, and instead look at the bigger picture. This is where a good adviser can be crucial, as they will put your case to the Underwriter and explain your specific situation.

If I go to a less well known lender will I be penalised with a bad deal?

The answer to this is Maybe! You might not get the best deal on the market, but then you aren't eligible for that. You will get the best deal on the market that you can actually have, and that means you'll get to buy the house you want. You might find you pay higher fees overall, or a bigger deposit is needed perhaps, but these sorts of issues can usually be worked around.

So that's the simple cases sorted, what about other issues?

I have a bad Credit history, can I get a mortgage?

Of course it depends on how bad it is, but the good news is that the answer is usually yes! You will have to accept that not all lenders are prepared to help, and many advisers do not have access to the lenders that do. Let's look at some specifics

I was made bankrupt 6 years ago, will I ever get a mortgage?

For some lenders, mainly the High Street banks & Building Societies, answering yes to the standard question “have you ever been declared bankrupt?” is an instant decline. This cannot be appealed. These companies have decided this is not the Criteria they seek so there is little point in approaching them.

But other lenders can be more sympathetic.

I have just dealt with a case that in most respects was a normal application, except that he advised me of a bankruptcy in 2007. I therefore ignored the mainstream companies, and made a few phone calls to contacts. Several lenders agreed to consider him, as long as I could show he was a Discharged bankrupt. This usually happens automatically 12 months after the Court Order, unless Criminal activities were involved.

I then selected the one offering the best 2 year fixed rate amongst these, which was only slightly higher than the “normal” lenders. The particular lender offered a free valuation in this case, making it even more competitive. There are no special clauses or tie ins beyond the fix rate period, so pretty much a “normal” mortgage. The process took no longer than with any other mortgage, the client gets his house, and everyone is happy!

I have an adverse credit history, what can I do about a mortgage?

This is where it is vital to see your Credit report before the adviser looks for a mortgage for you.

Some lenders will accept up to 3 Defaults or CCJ's on your file, as long as they were entered over 2 years ago. Others might specify they will accept no more than 2, but they must be more than a year ago. Lenders may also specify a maximum value, for example no more than £500 in two years, or no one Default or CCJ of more than £300.

By having the correct details to hand the adviser can match you to the right lender, saving time, money & heartbreak.

I recently had a case where the client, a 25 year old non-working mother of 3, was unexpectedly widowed. A year later she was looking to put her life back together, and having been given notice by her Landlord has decided it is time to buy a house.

You can no doubt understand that following the death of her husband finances got a bit skewed, and she got a little behind, resorting to the dreaded PayDay loan. Unfortunately, as is regularly the case, this wasn't affordable and a default for nearly £900 was registered against her. This all combined to give her a credit rating in the “Poor” category.

She then started a part time job, claimed Tax Credits, and receives a small pension from his employer. She also received some Death benefits, and used these to put some cash in the bank and clear all of her debts, including the PayDay loan. I had seen an earlier Credit report, and the evidence of settlement.

I then found a lender offering a decent rate that would accept the various incomes she receives, along with an explanation of her recent poor history.

Unfortunately the PayDay loan company failed to mark the file as Satisfied, which caused our initial application to be Declined with our chosen lender. They would not consider an appeal as they felt they had already stretched as far as possible.

After a few more hurried calls, and after arranging for the PayDay lender to correct the file, we made another application to my second choice lender. Unfortunately this was made a little tougher as they would not consider all of the client's income. This meant that we just scraped through affordability, and she is now looking forward to moving in.

The rate is a little high, but there are no penalty charges for early settlement which will allow us to re-mortgage to a better option as soon as her credit file looks better. Having the next 6/12 months mortgage payments paid on time will of course help this!

The key to this being accepted is that it was not seen as a case of she wouldn't pay her debts on time, but more of a situation that she had got into trouble despite her best efforts. The lender accepts that this can happen, and given her current financial situation is unlikely to happen again

So can you get a mortgage if you have a poor, or Adverse” credit history?

The answer in most cases is probably, but you'll need to engage an experienced Independent Mortgage adviser. From the outset you MUST tell them everything, don't try to hide anything, and don't be ashamed. If they know in advance they can steer you towards the right mortgage company. They can also give you a realistic expectation of what deal you can have.

Find out if you could get a mortgage

You can ask Darren directly, online, if you would be able to get a mortgage based on your circumstances. Most people can.

The material in any email, the Money to the Masses website, associated pages / channels / accounts and any other correspondence are for general information only and do not constitute investment, tax, legal or other form of advice. You should not rely on this information to make (or refrain from making) any decisions. Always obtain independent, professional advice for your own particular situation. See full Terms & Conditions and Privacy Policy

How do I take a mortgage payment holiday and will it affect my credit rating?

By Liam Fahy
5 min Read 16 Jun 2020
Coronavirus update on mortgage payment holidays If you are struggling financially due to the coronavirus pandemic, in March 2020 the...

Should I clear credit card debt before getting a mortgage?

By Rachel Wait
12 min Read 24 Jun 2020
Ever since the Mortgage Market Review came into force in 2014, mortgage lending criteria has tightened and lenders must ensure...