How to remortgage and get the best rate 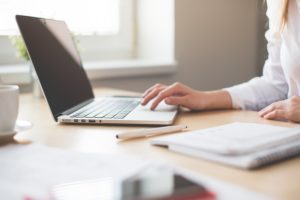 We are regularly encouraged to shop around for car insurance or holiday cover, but the same should also be true when it comes to your mortgage. A mortgage will be the biggest expense in most households so any opportunities to remortgage to get the best rate should be taken. Many borrowers have managed to move onto some of the best remortgage rates in recent years as prices have been at record lows thanks to the rock-bottom Bank of England base rate.

The base rate is one of the main factors lenders use when setting mortgage pricing, along with other influences such as competition and their own cost of borrowing on the wholesale markets. Lenders have also been encouraged to provide cheaper money for home loans due to Bank of England initiatives such as the Term Funding Scheme (TFS.)

Launched in 2016, this provided cheap funding for banks and building societies at rates close to the base rate, with the assumption that they would then lend the money out more cheaply. But this scheme has since closed meaning that the best remortgage rates could be set to disappear.

The Bank of England base rate was increased for the first time in a decade in November 2017 and then again in August 2018. Mark Carney has previously hinted at two more interest rate rises over the next three years to cope with rising inflation. You can monitor the latest market predictions of when interest rates will rise here.

So now may be your best chance to seek remortgage advice in order to secure the best rates. If you don’t already have a mortgage adviser that you trust then you can get a free mortgage review in 30 seconds from a vetted FCA regulated mortgage professional. Typically the free remortgage check saves people around £80 per month per £100,000 of mortgage.

Get your free mortgage review

A remortgage provides a new product to cover the cost of your home loan.

The main reason most people remortgage is to lower their monthly mortgage repayments. This could also be a because they are moving from a tracker deal to a fixed rate to lock in to the best fixed rates or if they are coming to the end of a deal and want to avoid being stuck on a lender’s more pricey standard variable rate (SVR) that most mortgage products move to on expiry.

Many borrowers fail to shop around at the end of their deals, which can mean paying a lot more than necessary on an SVR. For example:

That is a saving of almost £300 a month and it shows why it is important to get remortgage advice and shop around for the best deal.

Homeowners can also remortgage to release cash. This usually means taking advantage of the value of your home increasing by releasing that extra equity and taking on a bigger loan. This will result in higher monthly repayments but you will then have some money that can be used to fund an extension or pay off debts.

How long does it take to remortgage?

Many banks and mortgage brokers advise that it can take up to two months to get a remortgage granted. It is important to get the timing right so you can move from one deal to the other and not be placed onto a lender’s SVR.

You will need to the find the most recent mortgage valuation statement from your current lender. This will tell you how much is owed on the home loan, what product you are on and how many years are left on the mortgage. You can then use this data when applying with new lenders.

Arranging a remortgage isn’t as easy as it used to be. There are tougher application rules since the introduction of the Mortgage Market Review in 2014, which imposed strict affordability and interest rate stress tests. If you have not remortgaged since 2014, you may be shocked at the different application process. In many cases lenders will treat it as a new loan so your credit history will be checked and you will need to prove your income and face tough questions on your future spending.

This could be problematic if you have become self-employed since taking out your previous loan as there may be different income requirements. Some lenders will only accept a minimum of two years of accounts.

Mortgage lenders will also stress test all applicants on how they could cope with a major rise in their repayments.

There have been complaints that these procedures are too strict, unrealistic and intrusive so it is important to be prepared and have evidence of income and check your credit report to ensure there are no irregularities.

Your home will also have to be valued again and if the remortgage is approved, you will receive a new mortgage offer and your old lender will need to provide a redemption statement.

Essentially your old mortgage should be paid off by your new mortgage – or you will need to meet any surplus – and you then payoff the new debt on hopefully a cheaper rate.

How much does it cost to remortgage?

There are a number of costs associated with a remortgage and all should be factored into the overall price of moving your home loan. If you leave a fixed rate before the end of the deal term there may be exit fees, known as early redemption charges, to pay. These charges vary but are usually higher if you leave a deal nearer the start and get cheaper towards the end.

Mortgage brokers may charge a fee for arranging your remortgage, while your new lender may also have a product fee as well as costs for legal and valuation work. The cheapest remortgages aren’t necessarily those with the lower rates. Often these can have the highest fees so it is worth weighing up both the rate and fees.

It is not just homeowners who can remortgage. You can also get a remortgage if you own a buy-to-let property. In both cases the lender will need to be confident that the loan can be repaid and landlords are also facing tougher affordability criteria and stress tests, particularly those with four or more properties.

Buy-to-let lenders will typically want the rent to cover mortgage interest payments up to a certain ratio, typically around 125 per cent.

Is now a good time to remortgage?

Banks and building societies have been enjoying years of cheap funding since interest rates first hit record lows during 2009 in the aftermath of the financial crisis. There have also been new entrants in the mortgage market and support for lending such as TFS and the government’s Help to Buy schemes that help underwrite loans and free up funds for lending. All of this has pushed pricing down and helped the rate of people remortgaging hit a record high.

But there are signs of the remortgage party punch bowl starting to empty out and that you need to act fast to access the best remortgage deals available.

Mortgage rates have begun increasing in recent months, buoyed by the Bank of England raising rates in November 2017 and August 2018. Economic and political uncertainty over issues such as Brexit also makes lenders more cautious and can push up their own costs of borrowing on the wholesale market which in turns makes it more expensive for consumers. The end of the TFS has also made cheaper funding more scarce. Rates are unlikely to rocket immediately but now is the time to act if you want to lock them in while they are at record lows.

How to get the best remortgage deal?

It is important to shop around for the best remortgage deals available. Don’t just accept what your current lender offers you. If may also seem easy just to walk into your local bank branch, but remember these advisers will only be promoting what their own employer offers.

You could also check comparison websites for an idea of the best deals on the market but there is a big difference between what comes up in a search engine and what you can actually borrow.

For most people, their best bet may be a mortgage broker as they will have an overview of the market and the best types of loans for particular types of borrower as well as a access to some that aren’t online or available direct. They can also help prepare your application to ensure you don’t waste time with lenders who won’t lend to you anyway. Mortgage brokers receive a procurement fee from a lender when completing a loan.

Some will charge a separate cost for the work, although you may find fee-free brokers. If you don’t already have a mortgage broker you can trust you can get a free mortgage review in 30 seconds from a vetted FCA regulated mortgage professional.

Always remember that you need to compare the best remortgage deals by price as well as the length of the deal. Two-year fixed rates are typically cheaper but you have to consider what mortgage pricing will be like at the end of the deal and if you will end up coming to the end of a deal just as rates rise.

Alternatively, a five-year fixed rate gives you longer security over what you will pay for your mortgage and you also pay fewer broker and product fees, but you also risk rates going down over that period and losing out on better deals.

You don’t have to start with a mortgage broker if you are just curious about how much you will save. If you already know how much you owe and your current rate then there are plenty of mortgage calculators online that will give you an idea of the savings available.

For example, this remortgage calculator will ask you how much your current deal is worth and you can then compare with different rates.

Comparison websites such as MoneySupermarket will also provide a list of remortgage products available based on your current deal.

By Liam Fahy
14 min Read 23 Jul 2020
What does it mean to remortgage? A remortgage is the process of switching the mortgage on a property you already...

Can I remortgage if I have used a Help to Buy loan?

By Liam Fahy
15 min Read 11 Aug 2020
What is remortgaging Remortgaging is the process of moving your current mortgage on a property to a new lender or...