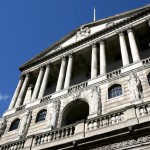 Where next for interest rates?

On Thursday the Bank of England's Monetary Policy Committee (MPC), who are the guys who decide the UK base rate, once again voted to keep the base rate at 0.5%, for the 22nd month in a row.

Indeed, the MPC voted the same way in November with MPC member Andrew Sentence, once again, breaking ranks and voting for a rate rise (the 4th time in a row). Yet again he was a lone voice. However, even Mr Sentance is calling for control when rates eventually rise (he currently believes rates should go up to 0.75%).

But what about inflation and the economic outlook – often indicators as to when rates may rise? ”The Bank of England's quarterly Inflation Report [was presented on 25th November and painted] a similar picture to that presented in August's [report]'' This picture includes the prospect of a choppy recovery as well as the potential for more quantitative easing. Elsewhere in the report, ''the near-term inflation profile [was] revised up reflecting stronger import and commodity prices”” (the Guardian).

Indeed, the CPI [consumer price index] increased from 3.1% to 3.2% in October adding fuel to the fire for those demanding a hike in interest rates. Also, with a VAT hike due in the new year inflation looks set to keep rising, calling into question the banks credibility at keeping price rises under control. But while external criticism is to be expected, we now have MPC members criricising Mervyn King publically for compromising the Bank of England’s independence by becoming too political.

So when will interest rates rise?

The consensus view has changed since last month. Continued concerns surrounding the Euro debt crisis have shaken confidence and have led to a view that the Bank of England will wait until October 2011 before raising interest rates, a Reuters poll of 67 economists claimed last week. In fact they then only expect rates to hit 0.75% by the end of next year.

As regular readers will know our interest rate clock sums up a lot of economic data, analysis and opinion, such as the above, and if a jump in interest rates is looking increasingly likely then the clock time will be moved closer to midnight. If it looks less likely then it will move away from midnight (with 23.45 being an expectation of an interest rate drop).

So after much analysis I am going to leave the clock time at 23:53 for now. While I wanted to move it back, a time of 23.52 would suggest an interest rate drop was marginally more likely – being that bit closer to 23:45 than midnight Obviously the situation could change at a drop of a hat so keep clock watching.

Interestingly, given that the clock time has moved back from 23.55 when it was first introduced this shows how the anticipation of an interest rate rise has reduced since the start of the year.

Finally, if you want to know if now is a good time to fix your mortgage – view my article to fix or not to fix? – That is the question

By Damien Fahy
10 min Read 02 Feb 2023
This article is continually updated to bring you the latest analysis on when interest rates are likely to rise or...

By Laura Mossman
5 min Read 25 Nov 2022
What is Principality Building Society? Principality is the sixth largest building society in the UK, offering savings, investments, insurance and...

By Harvey Kambo
7 min Read 16 Dec 2022
What is Skipton Mortgages? Skipton Building Society began providing savings accounts and mortgages to the people of Skipton in 1853....