March mortgage approvals plummet – and how it will affect you 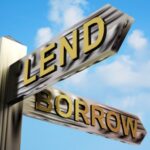 New house purchase loans totalled 43,450 in March, the lowest level for 15 month according to LSL's mortgage monitor . The dip was blamed on tighter credit conditions and increased funding costs forcing banks to scale back lending.

How bad are these mortgage approval figures?

Mortgage approvals for March were at their lowest level since March 2010 and 7% fewer than March 2011.It is the second successive month in which approvals have fallen suggesting a regression after a period of growth.

Did this effect all areas of the housing market?

First time buyers were hit the hardest as banks reduced the availability of high loan-to-value mortgages where total loans fell by 14%. This resulted in loans to borrowers, with deposits of 15% or under, making up only 10 % of the total loans in March. This was the fourth consecutive month where loans to borrowers with low deposits had fallen.

At the other end of the market loans for properties valued at over £350,000 held steady and even increased in some price brackets. Lending to borrowers with high deposits was at it's highest since January 2011 with loans to borrowers with over 40% deposit making up one-third of the total loans.

So what does the future hold for mortgage lending?

More of the same really as banks are struggling under the weight of increased funding costs. Mortgage availability is likely to continue falling for at least the next three months and banks admit that borrowers with low deposits will be the hardest hit.

Well, put simply if there is less finance available to purchases houses then prices should fall. However, the housing market behaves differently to most markets as there are not many homeowners who have to move, it's a choice. As we cherish our houses, and their value, so much sellers are unlikely to reduce their prices wholesale, preferring to ride out the storm. However, if the storms takes a while to blow over, or lenders variable rates continue to rise then prices may see some downward pressure.

The above scenario, however, will only affect the lower end of the market, as detailed above. So, the market for properties over 350,000 will remain fairly strong with prices maybe moving up as seen in London and parts of the South East.

When are house prices likely to start rising again?

How do I take a mortgage payment holiday and will it affect my credit rating?

By Liam Fahy
5 min Read 16 Jun 2020
Coronavirus update on mortgage payment holidays If you are struggling financially due to the coronavirus pandemic, you have the option...

By Laura Mossman
14 min Read 26 Nov 2021
What is Halifax Halifax is part of the Lloyds Banking Group, the largest mortgage lender in the UK. As such,...

By Marc Shoffman
18 min Read 25 Jun 2021
Older borrowers no longer need to feel restricted if they want to get a mortgage or access equity in their...