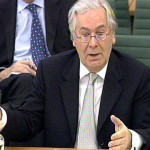 Well yesterday morning the governor, Mervyn King, of the Bank of England presented the Quarterly Inflation Report. For anyone not in the world of finance listening to an hour of Mervyn and his merry men drone on is about as interesting as watching paint dry. But the report does have implications for everyone, even if you never listen to it.

Why the Quarterly Inflation Report matters

Once a quarter Mervyn sets out details of where the Bank of England (BOE) sees inflation heading in the future as well as makes projections on the growth of the economy. Obviously, inflation matters as rising costs mean that your monthly take home pay stretches less far. In addition, too much inflation can cause the economy to overheat and one way the BOE can try to contain it is to raise interest rates. And rising interest rates means monthly mortgage payments will also go up for the millions of us not on fixed rate deals. Consequently, analysts often try and read between the lines of the quarterly reports to see if they can second guess the BOE as to when interest rates will start to rise. In addition, it is always interesting to hear the BOE's view on the economy as a whole and the likelihood for growth or another recession

So what does all that mean for you and in particular when will interest rates rise?

If you read the headlines in today's newspapers a lot bang on about interest rate rises are on their way. But hang on a second..................let's put all this in to context.

Most of these headlines are based on the fact that inflation will likely hit 5% soon and that the BOE will increase interest rates to try and control this. The 5% forecast for inflation is up on the 4.5% forecast made just three months ago, but that was before the trouble in the Middle East ramped up oil prices. Also high inflation does not necessarily mean higher interest rates as elevated inflation can be temporary.

If you put the inflation figures into context with the rest of the report:

We can't ignore the worryingly high levels of inflation we are experiencing but there are too many other uncertainties for the BOE to worry about right now. Mervyn did say that the projections in the report reflected market expectations of rates, which is that they will increase towards the end of 2011. But while the report may have given something for the pundits to latch onto, Mervyn's general rhetoric was far more dovish, simply saying that rates couldn't stay where they are forever (which my cat could have told you).

So when are rates going to go up? To be honest I don't think the inflation report really shed any more light on the matter. Of course the BOE are going to base data around market expectations otherwise they be showing their cards right? But as I said, the smart money in the markets is placed on a Q4 2011 rate rise – but bear in mind that they also claimed that rates were going to up this month, which obviously they didn't.

So to sum up if the Quarterly Inflation report was a colour...........it would have been grey and somewhat depressing.

How the Bank of England's interest rate increase could affect you

By Bronte Carvalho
8 min Read 16 Dec 2021
The Bank of England has raised interest rates to 0.25% from 0.1% amid fears of spiralling inflation figures. The move...