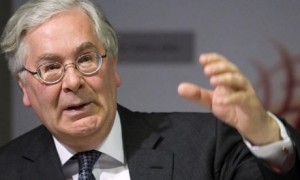 Yesterday Mervyn King,  the governor of the Bank of England (BOE), presented the latest Quarterly Inflation Report. For anyone not in the world of finance listening to an hour of Mervyn and his merry men drone on is enough to send you to sleep. But the report does have implications for everyone, even if you never listen to it.

Why the Quarterly Inflation Report matters

Once a quarter Mervyn sets out details of where the Bank of England (BOE) sees inflation heading in the future as well as makes projections on the growth of the economy. Obviously, inflation matters as rising costs mean that your monthly take home pay stretches less far. In addition, too much inflation can cause the economy to overheat and one way the BOE can try to contain it is to raise interest rates. And rising interest rates means monthly mortgage payments will also go up for the millions of us not on fixed rate deals. Consequently, analysts often try and read between the lines of the quarterly reports to see if they can second guess the BOE as to when interest rates will start to rise. In addition, it is always interesting to hear the BOE's view on the economy as a whole and the likelihood for growth or another recession

So what does all that mean for you and in particular when will interest rates rise?

Well the Mervyn openly admitted that the the "long and deep squeeze" on personal finance would continue because of such factors as higher fuel bills keeping inflation high.

Also forecast of 'sluggish' economic growth in the near term remains a concern, particularly as these forecasts were made before the current market sell-off. A weakening economy is bad news all round, particularly in terms of employment.

So what does this all mean for interest rates? While we can't ignore the worryingly high levels of inflation we are experiencing there are too many other uncertainties for the BOE to worry about right now. While Mervyn King wouldn't make a commitment to keep rates low (like the US Federal Reserve did the day before) for an extended period of time analysts reading between the lines believe that the BOE signalled that rates will be on hold much longer than previously expected. After the press conference Simon Hayes, economist at Barclays Capital was quoted in the Financial Times as saying that  “[The Bank] validated the expectation that rates will be on hold for two years.”

So if the BOE keeps rates low mortgage borrowers with borrowing rates linked to the bank base rate will be breathing a sigh of relief. Meanwhile savers will be cursing under their breaths.

But for the latest and best insight as to when interest rates will rise then read my Latest interest rate predictions.

So once again, if I was to sum up the Quarterly Inflation report as a colour...........it would be grey and somewhat depressing.

How the Bank of England's interest rate increase could affect you

By Bronte Carvalho
8 min Read 16 Dec 2021
The Bank of England has raised interest rates to 0.25% from 0.1% amid fears of spiralling inflation figures. The move...