Why first-time buyers were the biggest losers in the Budget 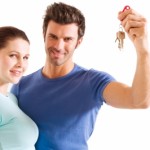 Why first-time buyers are the big losers in the Budget

For most people this seems like a contradiction. I know what you're thinking....'how can they be losers when the government announced a £250 million scheme to help first-time buyers?'.

First of all read my article Why I don’t buy the new ‘first-time buyer scheme’ announced in the Budget in which I lay out why I think the scheme will not achieve anything.

But putting the first-time buyer scheme to one side, it is another announcement squirrelled away in the Budget small print which concerns me. The Budget will reform the Stamp Duty tax for bulk buyers of residential property with effect from 6th April 2011 . To explain what has been reformed it's better to use an example:

So why is this bad news for first-time buyers?

So why is George Osborne doing this?

In my opinion, and it's just my opinion, George realises that first-time buyers are key to keeping the property market from crashing. But if they can't get a mortgage then they can't buy houses. So if there is no demand at the bottom of the housing chain then prices begin to fall until they become affordable. So given that the government has tried to get banks to lend (we even part own some banks) what else can they do?

Well, by-pass first time buyers is an answer. By giving a generous tax concession to bulk property buyers the net result is that the lower valued houses are still being bought – just not by first-time buyers. Consequently it provides a floor for property prices and hopefully will kick-start the housing market – or at least stop it crashing.

A nation of renters?

But I also think George might be playing the long game. The saying goes 'an Englishman's home is his castle' – but that is where the problems start. Unlike a lot of our European counterparts we have an obsession with owning property rather than renting it (UK property ownership is around 77% compared to 50% in France). It is deemed as something to aspire to. This means that our economy is incredibly sensitive to house prices as people's perceived wealth is entwined with the value of their home. When house prices rise there is a positive wealth effect and some people even re-mortgage to release equity from their home. When house prices crash the opposite is true.

Also, the inflation genie is about to escape from the bottle, and the one way to keep it under control is for the Bank of England (BOE) to raise interest rates. But with Legal & General announcing that 90% of UK mortgages are not fixed rate and the charity Shelter claiming that 5 million home owners face repossession if rates rise then the BOE has it' hands tied. Previous governments have been keen to encourage people to fix their mortgages for as long as 10 years. The reason is that it then allows the BOE to tackle inflation aggressively by moving rates without causing a housing crisis and an economic downturn.

So extrapolate the notion of more buy-to-let landlords under the new tax concession forward. What might happen eventually is that the owner-occupancy rate drops as more people rent. The country’s personal finances may then be more resilient to house price crashes and interest rate movements. That's music to the ears of any chancellor. Also if there are more buy-to-let properties rents may also come down or at least be kept under control. Again, a positive for the nation's finances. But of course renters could be exploited and in Germany, which has a culture of renting, the government has to intervene to ensure that landlords don't exploit their tenants.

Now I’m not saying that George is intentionally aiming to make us a nation of renters – but it's not a bad by-product.

But whatever the end game, on the face of it this wasn’t a Budget for first-time buyers. The government plans to help around 10,000 of them into negative equity while the rest will have to rent.

So what do you think? Am I right? Do you agree? Leave a comment and share this article with your friends.

First-time buyers: should you buy now?

How much deposit do first-time buyers really need?

By Laura Mossman
3 min Read 14 Jun 2022
First-time buyers in the UK have been faced with increasingly challenging conditions over recent years, with the average amount required...

How to buy a home - a guide for first-time buyers

By Liam Fahy
9 min Read 07 Mar 2022
The majority of people in the UK have a desire to buy their own home which can provide security for...