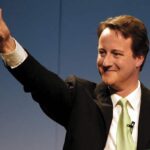 David Cameron has announced housing reforms that are designed to ' fire up the engine of the British economy'.

There are three parts to the reforms

Well, I for one am not buying this political nonsense for a number of reasons.

Yes, that's right these poor old house builders, who made massive profits in the housing boom, are now going to be sold land on terms that the poor old taxpayer could never enjoy.

This land will only have to be paid for when the builder has actually built and sold the homes, and according to the Government 100,000 new houses will be built in this scheme.

So, let's get this right house builders everywhere are either not building, or not selling the houses they have already built. Why is that? Because they are too expensive!

Yes, you could argue that if the banks lent more money to prospective buyers with low deposits then they could buy these houses. But the banks also think the houses are too expensive, and can only go down in price, so with a nice 20% deposit they won't lose any money on defaults.

So the taxpayer is going to make life easier for the poor old house builders by financing this crazy scheme with the possibility of never getting our money back if the houses don't sell.

The Government (aka you and me!) will underwrite mortgages

I know it does sound like a spoof headline, but it is actually true.

The people buying the houses being built under this 'build now pay later' scenario, described above, could have their mortgages underwritten by the Government. This could mean that banks may lend up to 95% of the purchase price.

So far so good?

Well no not really, here's why

If the above hasn't got you rolling in the aisles, then listen up.

Now, I am all for people being able to buy their own home and I do believe that a tenant of many years standing should have a discount. The Government are planning to raise the top level of discount to 50% to encourage tenants to buy.

I don't have a big issue with that, but I do have an issue with the reason given for this rise. The Government state that income from this scheme will be used to build more affordable housing.

You may want to read that sentence again.

Yes, you are right, the Government is going to sell one house, under the right to buy scheme, for half  its real value and then build a new one at the full price (affordable housing)! Yes, it will result in a few more homes but the focus seems to be on the level of discount afforded to the fortunate few who qualify. Unless there is an almost one for one replacement of housing stock using the proceeds from the 50% discounted sales will this idea make any long term difference to the housing market?

And for those reasons, I'm out!

I know the housing market is in a mess, but the main reason for this is that there is no confidence in the value of property. Banks are fighting shy because they have got their fingers burnt before and sellers are not reducing their prices because they just can't  bring themselves to down value their prized possession. How will this latest intervention improve matters?

Also, everyone is running scared of an interest rate rise in the future. Which ironically is the only thing that will kick start the property market.