Income Protection do I need it?

Income Protection do I need it? 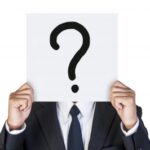 The simple answer is a resounding “YES! We all do.” Everything we do in our lives requires us to maintain an income, from feeding & clothing the family, paying the rent or mortgage, or even just enjoying life. As soon as our income stops, our lifestyle has to change. So it makes sense to protect that income if we can.

What is Income Protection insurance?

Quite simply, it is an insurance policy that pays you a replacement monthly (or weekly) income in the event that you are off work through Sickness or Injury. Policies are available from most popular providers (Aviva, Legal & General, Liverpool Victoria etc.)

The maximum income you can protect is typically 60/65% of your gross earnings before tax, with any benefits paid tax free. For someone earning say £20,000 per annum this means they can protect around £12,000 per annum, to provide an income of £1,000 per month tax free. This is a little less than their usual take home pay but should keep the wolves from the door.

How does income protection work?

Just like a Life assurance or Critical Illness policy the provider takes into account your medical history, and whether you smoke, but more importantly they usually take into account what you actually do for a living. The more dangerous the occupation, the higher the premium becomes as you have a higher risk of Injury claims.

In addition the policy is set up so that you can claim after any sick pay from your employer ceases. The longer the initial waiting period (or “deferment period”) the lower the cost, as the risk of a claim is reduced. You can usually choose 1mth, 2mth, 3mth, 6mth or 12 months deferment.

A) For example, Tim works for a Bank and receives 6 months full pay from the bank if he is off sick. He is a relatively “safe” job, and would not claim unless off work for over 6 months. His premium would be quite low.

B) Now consider Tom, his Twin, who is of course the same age and is working as a self employed Scaffolder on building sites. He obviously has a much higher risk of sustaining an injury, and also receives no sick pay. He can manage on his savings if he can't work for a month, or two, but needs to be able to claim after two months. Obviously this is higher risk, and generates a higher premium. Sometimes this premium would be sufficient to deter an applicant, but I'll come back to that later.

What does “OWN” occupation mean on an income protection plan?

Depending upon your job, the actual cover available has different definitions.

e.g. Tom the Scaffolder, hurts his leg so can't climb ladders for 12 months. He can perhaps still unload the van, and work as a labourer for the team. If that was so then he might not be able to claim if he had “ANY” cover, but he could claim if he had “OWN” cover

The weakest cover is known as Activities of Daily Living (or Working). These are usually 6 specified tests of which you must be unable to complete 2/3 before you can claim. These might include climbing stairs, washing yourself etc. so suggest you are very ill at the time.

So does Income protection actually pay out?

A good question, and a very common reason people give for not taking out Income protection is their belief that it won't pay out. So let's take a look at some statistics.

One provider Cirencester Friendly www.cirencester-friendly.co.uk have provided the following info relating to 2012.

Their figures show that 1.3% of all claims were ineligible to claim. The reasons included illnesses that had been excluded in the original terms (e.g. someone with a history of heart disease being told this would not be covered). Other claims were ineligible because the illness was only covered within the deferred period and the client had recovered before they had exceeded it.

Of the remaining claims 94% were paid, not a bad percentage!

Before we condemn the insurer for declining the remaining 6% we need to understand exactly why they were declined, because in the main they were the clients own fault!

(Aviva have published similar figures showing 93.5% of claims being paid in 2012, with the average claim on their books lasting 5 years!)

So you know what it covers, and that it pays out on most of the claims made but

How much does an Income Protection Insurance cost?

The premium cost depends on the individuals situation, so let's look at our previous cases Tim & Tom the twins.

So Tom pays over twice the premium that his twin pays. He may see this as unacceptable.

Fortunately there are other options, provided by companies such as the previously mentioned Cirencester friendly, Exeter friendly, Holloway friendly and others.

More importantly the premiums are not usually based upon Occupation or Smoker status, making the policies particularly cost effective for riskier jobs.

So let's check out Tom the Scaffolder again, using Cirencester Friendly as an example

Something to note is that these providers usually offer deferment periods as low as ONE Week, or even ONE DAY! (I'm not sure how practical that is)

YES the policies do pay out on most claims

BUT you must seek the advice of your financial adviser, as policies vary and they will ensure you get the one most suited to your situation.

The above article 'Income Protection do I need it?' has been written by Darren Amos, an independent financial adviser, with expertise in providing bespoke insurance solutions for consumers. If you would like Darren to review your protection needs click here.

By Andy Leeks
8 min Read 22 Oct 2021
In this independent review of Liverpool Victoria's Income Protection policy, I'll walk you through who they are, its claims history...

How much Income Protection do I need?

By Andy Leeks
9 min Read 16 Jun 2022
Choosing how much Income Protection you need isn't easy and there are lots of things that need to be considered....

Income Protection - do you really need it?