What illnesses are covered by Critical Illness Insurance? 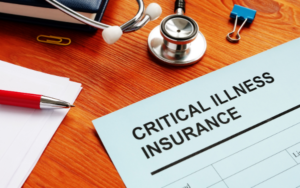 Critical Illness Insurance can leave people a little confused. The question most often asked is 'What's covered?'. Usually followed by, 'Which insurance company's policy is the best?'. And, when one policy costs more than another, is it because it's ‘better’ than the cheaper policy or is the cheaper one just as good? With 20 years of advising people on this type of insurance on my side, I'm going to help you find the answers to these questions as well as the one you should definitely be asking; 'Which insurance company is best when it comes to claims?'

What is Critical Illness Insurance?

Critical illness insurance pays out a tax-free lump sum of money if you're diagnosed with an illness that it lists during the term of the policy. The application process is similar to that for life insurance, where your health, occupation and hobbies will be assessed at outset. It's unusual for serious, pre-existing illnesses to be covered but if these are in remission and you have fully recovered, it is always worth exploring.

To most people, the term 'critical' would suggest an illness that is serious, potentially life-threatening or may take a long time to recover from and these are good, general descriptions of what a critical illness insurance policy protects against. However, critical illness insurance is a little more specific than this and covers a list of illnesses with specific definitions for each illness. The list varies from one insurance company to another and so do some definitions. Herein lies the reason to understand what is covered before you buy.

To avoid confusion and misrepresentation the Association of British Insurers (ABI) sets out what a critical illness insurance policy should cover as a minimum. The ABI also set out what minimum definitions need to be adhered to for some of the listed illnesses.  Invariably, insurance companies create competition by providing cover for additional illnesses as well as simpler definitions.

Which illnesses must be covered by a critical illness insurance policy?

The ABI set out that a critical illness insurance policy has to cover the following 3 main conditions as a minimum:

Which illnesses are covered in addition to Cancer, Heart Attack and Stroke?

You might think that if 80% of claims are made up of just these 3 illnesses then that's all that you need. If you do, there is an option to take a policy that only covers Heart Attack, Cancer and Stroke. On the other hand, in the absence of a crystal ball to predict the future you might want an insurance policy that gives you the best chance of your illness being covered. Below, we provide a table of the common illnesses that result in a critical illness claim. It would be wise therefore to ensure that any critical illness policy you buy has the following conditions included (at the very least).

These illnesses show up regularly when you look at what policyholders claim against. Again, the list varies between insurance providers and in some cases, is much more extensive. You should check what is covered in the policy booklet which you'll find on most insurance company's websites.

It is useful to understand that whilst there are usually hundreds of claims for cancers, heart attacks and strokes, the number of claims for other illnesses can be much smaller. For example, an insurance company might only receive one claim each year for blindness and this is evidenced in claims statistics but it may be something that you want to protect yourself against. After all, it is a life-changing event and the financial support of a lump sum payout might ease the stress and hardship that it causes.

It's also important to note that no, one policy gives you the best terms for all aspects of critical illness insurance. Insurance companies add value to their policies in more ways than just the illnesses that you're covered for. Take a look under the bonnet and policies come with a variety of add-on features, such as free access to remote GP consultations, physiotherapy, mental health support, rehabilitation services and global treatment to name just a few.

You can even check how well these companies perform in the event of a claim.  Do they give you one point of contact; do they make the process simple and easy to complete and perhaps, most importantly, are they quick to pay the claim? There will be policies that tick more boxes than others or ones that provide a benefit that is important to you personally, so it's important to look at this closely. An easy way to do this is to speak to an independent critical illness specialist who can weigh up all of these options for you as well as compare quotes and even provide you with cash back when you take out a policy. We explain more in the next section.

Choosing the best critical illness cover for you

There are numerous ways that policies differ and so you should consider getting advice from an independent insurance expert. Insurance brokers in the past have compared the total number of illnesses covered by one company with another in order to demonstrate quality and while this is still the practice of many insurance brokers, LifeSearch*, an independent critical illness specialist is able to look beyond this.

Some policies, for example, might break one illness into two, using different definitions but the potential for a claim is the same. AIG is an insurance company that recently introduced impact based definitions that may cover several illnesses within each type of impact. An impact might be how the person has been affected or the treatment that they've needed, rather than the illness that they've actually suffered. It's an interesting innovation that defies the numbers game that tries to equate quality with quantity.

But, you might be someone who wants to be covered for the largest number of illnesses and maximise the chances of a payout if you were to become ill. Vitality's serious illness cover provides the largest number of illnesses but works on a severity basis. This means that you might receive a percentage of what you're insured for compared with another company's policy but there are more events covered.

Additionally, there are ways to enhance Vitality's serious illness insurance policy so that you get the best of both worlds through something called 'Boosted' cover. Vitality's 'Boosted' cover ensures that you get a full payout for all the illnesses that would merit a full payout elsewhere. It might seem complex but there are a number of features that help you to tailor the cover to your specific requirements. There is also a 'protected' feature that allows you to boost your cover back up after a claim, which, for cancer patients especially, can be an important consideration. All of these features can be explained in detail by an independent specialist*.

Is Coronavirus covered under a Critical Illness Insurance?

By Harvey Kambo
3 min Read 17 Nov 2020
Living with the uncertainty that the current pandemic has brought with it has been difficult for most, and while we...

What cancers are covered by critical illness insurance?

By Harvey Kambo
5 min Read 16 Nov 2021
Understanding what cancers are covered by critical illness insurance can be vital as many policies will state that they do...

How much does critical illness insurance cost?

By Harvey Kambo
10 min Read 14 Jan 2022
When I am asked how much critical illness insurance costs, my usual answer is 'More than life insurance', but there's...