Quick Savings > Motoring > The car brands that hold the most value

The car brands that hold the most value 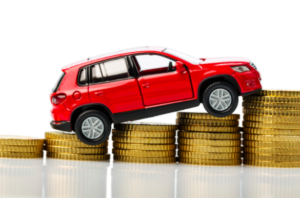 A new car is likely to be one of the biggest purchases you'll make in your lifetime. As most new cars sell for between £15,000 - £35,000, it’s crucial you make sure you're spending your money wisely.

Picking the wrong car can mean a lifetime of stress and repairs which of course is money down the drain. But there’s another factor that comes into play and it happens as soon as you drive your new set of wheels off the forecourt - depreciation. It’s no secret that taking a brand new car off the lot reduces its value immediately. You’re losing thousands of pounds simply by driving away, but it might not all be bad news. If you make the right choice, you’ll be able to sell your car on the second-hand car market at a higher price than others.

So, instead of looking at the colour of the vehicle, look at resale value instead and you’ll end up much better off in the long run. While the model of the vehicle plays a role, the make of the car also has a lot of power.

What factors stop a car from depreciating?

Besides the usual factors of mileage, condition and number of owners, what else affects the resale price on vehicles? Below, we list the key considerations when purchasing a new car to give you the best chance of getting a good resale price:

Just like most things in life, if it’s more popular, then it commands higher prices. Subsequently, the resale value of a car even after 3 years of use will be higher than its competitor brands.

If a car has bad reviews from customers or has known reliability issues, that will hurt its resale value. Car review websites such as AutoExpress and WhatCar usually give in-depth reviews for every model, so it’s important to check everything before you buy.

Similar to reliability, the better made the car is (on the inside too), the higher the price it will command. Cars built with higher quality parts and materials in the interior mean the vehicles hold up better over time. Like a good watch or piece of jewellery, the better something wears and maintains its form, the longer it will last - meaning it’ll be worth more even if it’s old.

Of course, buying a car brand new may not be the best option if you’re worried about depreciation, however, the same data trickles down to used cars. So even if you’re buying used, you can still get an idea of value for money.

Which brands hold the most value?

Let's get to the nitty-gritty. Which car brands should you lean towards and which should perhaps be avoided if you want to keep hold of your cash? With each brand, we’ll compare what new car prices will depreciate by after 3 years of use (assuming average mileage).

Of all cars sold in the UK, the average depreciation over 3 years is 60% - meaning a £20,000 car when bought brand new, would be worth £8,000. This is a huge jump down, though the following brands tend to depreciate the least:

Surprisingly, holding onto the highest value is Mini. Its recognisable shape is probably one of the reasons why it tops the list. Mini’s are a very sought after brand with demand for them on the higher end of the car market. Both this, the reliability of the vehicle and the fact it’s an all British car contributes to the high resale value. Only around 45-50% of the retail price is lost, which may sound a lot, but it’s the least depreciation of all of the vehicles on the market.

One of a few German car manufacturers to top the list is Audi. Although they may be classed as a premium brand, reliable German engineering makes it a desirable brand that holds its value well. The cheapest brand new Audi is the A1 Technik at just under £20,000 - but depreciation of the Audi brand overall is between 45-50% over 3 years.

Germany’s most recognisable car brand also holds on to some of the highest values. VW has the highest number of cars on the road in Europe, with over 100,000, which bodes well for its resale value. Much like Audi, its robust and reliable build makes it a car that is always in demand - thus increasing the value. One of its most popular cars, the Volkswagen Polo, holds its value the most out of its competitor cars. Despite the Ford Fiesta being very similar in price and spec, the Volkswagen Polo would be worth around £1,400 more than the Ford Fiesta after 3 years.

Which brands depreciate the most?

On the flip side, there are a few companies whose cars just don’t hit the mark. They may still be a perfectly usable car, but the markets just aren’t as keen - meaning they lose value fast. It’s not the end of the world if you buy one of these cars, as they might be the right choice for you personally, but the resale value for your vehicle won't be as high as others I mentioned before.

Sorry Peugeot fans! The French car manufacturer just doesn’t stick with UK buyers. Not only has the brand had a lot of faults in the past, but the reviews online are poor. This adds up to low desirability and a lower resale value. One example highlighted by WhatCar showed a brand new Peugeot 308 plummeting from £21,765 down to just £4,775 in three years - a 78% drop in price. Other models such as the 108 and 208 don’t fare too much better either.

Italian brands like Lamborghini and Ferrari might command a high value but unfortunately, the Fiat does not. Although it shares a lot of the same appeal as the Mini (being small and a statement car), it doesn’t share the same price tag when reselling. The popular Fiat 500C with a retail price of £15,315 will plummet to just £3,975 after 3 years - a 74% drop. Similar models also show a sharp drop in value.

More bad news for the French with Citroen also taking one of the biggest punches on the resale market. It’s not the most reliable manufacturer, which is likely to have contributed to its poor resell value. Its worst performer, the Citroen C1, drops from £12,375 to £3,250 after just 3 years - a 74% depreciation. Other models such as the C3 and Picasso also suffer heavily.

While purchasing the right brand might not be a foolproof method of guaranteeing a high resale value, it’s a good steer and knowing that it is a desirable car can help to allay any fears. It’s absolutely worth doing some research before your next car purchase because it could mean £1,000s extra in your pocket when it’s time to sell. It may not save you money now, but it's likely to save you money down the line.

What factors stop a car from depreciating?DemandReliabilityQualityWhich brands hold the most value?MiniAudiVolkswagenWhich brands depreciate the most?PeugeotFiatCitroenConclusion