The Consumer Ombudsman launched to resolve disputes between suppliers and customers

The Consumer Ombudsman launched to resolve disputes between suppliers and customers 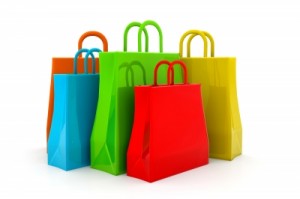 A new consumer watchdog service has been launched that will investigate customer disputes in any sector that is not currently covered by an ombudsman. The new watchdog service called The Consumer Ombudsman (TCO) has been set up with the backing of government ministers under an EU directive which comes into force in 2015.

Who is The Consumer Ombudsman?

The TCO is a free independent and impartial organisation that specialises in resolving disputes between consumers and retail companies, home maintenance, improvement or installation services, second-hand cars, car repairs and car servicing. Membership is voluntary for companies and all members are bound by a Code of Practice. Even if a company is not a member of TCO they may still be able to offer assistance.

What service does The Consumer Ombudsman provide?

TCO is impartial, free to complainants, accessible, conciliatory, inquisitorial rather than adversarial. If the decision of the TCO is not fulfilled by the member company then further action can be taken. The scheme is open to all companies, whether they trade online, on the high street or by other means and is totally independent. The Ombudsman Services research has revealed that many customers, who have problems, still take no action (up to 40m problems not pursued) and they are hoping that the launch of this new service will make it simpler for customers to complain about suppliers.

What complaints can The Consumer Ombudsman deal with?

What types of complaints are The Consumer Ombudsman unable to deal with?

The new scheme has been launched following complaints about sectors in which Ombudsman Services was not previously operating. The Consumer Ombudsman will deal with complaints which are not currently dealt with by existing trade specific ombudsman services.

How can I take advantage of The Consumer Ombudsman service?

When you contact TCO for help they will firstly need to know that you have taken the necessary steps to resolve the dispute direct with the retailer. Your complaint will then be managed by TCO who will try to reach an amicable agreement with the retailer concerned. If you or the retailer disagree with TCO findings they need to supply their reasons within 10 working days. TCO will review these reasons and then reach a final decision.

Any decision accepted by the consumer in their favour will prevent them from taking any further legal action regarding their complaint.

If you make a complaint about a firm that isn't a member of TCO it will contact the firm and try to resolve your complaint. However if the firm in question does not engage with TCO then TCO will explain your other options to you.

By Bronte Carvalho
10 min Read 24 Jun 2021
In recent years, more and more of us have made the conscious decision to be kinder to the environment. The...

By Laura Mossman
17 min Read 16 Sep 2021
Using a credit card has many benefits, but one of the biggest is the valuable protection it provides for purchases....