Quick Savings > Tips > Dormant Bank Accounts – What are they & where does the money go?

Dormant Bank Accounts – What are they & where does the money go? 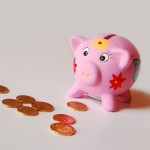 A bank account becomes dormant if there is no customer activity within a set time period, usually between 3 and 15 years.

Most banks will write to customers asking if they wish the account to remain active, but in a number of cases contact may not be made due to change of address or even death.

What happens to the money in dormant bank accounts?

In November 2008 the Government passed the Dormant Bank and Building Society Accounts Act. One of the major principles of this act is to invest unclaimed money back into the community. Only accounts where there has been no customer activity for 15 years can be accessed, and reclaimed funds can be claimed back if the owner comes forward.

In July 2010 David Cameron announced that his vision for a 'big society' bank will be funded through a £60m raid on the money lying dormant in English bank and building society accounts. He plans to use this money to enable charities, social enterprises and voluntary groups to take over the running of public services.

How can I find any  dormant accounts I might have?

There is around £500 million in unclaimed money sitting in dormant bank accounts and a further £435 million sitting in NS&I accounts. So, if you think some of your money might be in a dormant account contact one of the asset tracking companies such as Unclaimed Asset Register who may be able to help.

How can I prevent existing accounts becoming dormant?

If you have old accounts containing money then it's a simple process to stop your money being snaffled by the Government.

By doing this on a regular basis (annually will be sufficient) your bank cannot class your account as dormant.

Finally, if the bank where your account is held is taken over by another bank, or even the Government, then make sure you contact them to ensure a smooth transition  of your hard earned cash.

By Lauren Burrows
13 min Read 31 Mar 2022
In a world of debit cards and contactless payments, cash is being used far less and so it is proving...

By Lauren Burrows
12 min Read 19 May 2022
A packaged bank account is a current account that comes with additional perks for a small monthly fee. In this...