Quick Savings > Travel > Is fly-now, pay-later a good way to finance your travel?

Is fly-now, pay-later a good way to finance your travel? 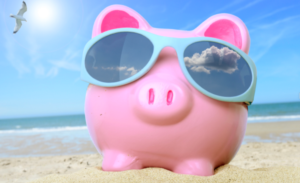 The trend of buy-now, pay-later for travel - often referred to as "fly-now, pay-later" - has been gaining momentum over recent years. The popularity of short-term finance from providers like Klarna and ClearPay for general retail has been replicated among consumers who are keen to be able to book holidays without having to save up in advance. Fly-now, pay-later works in much the same way as other buy-now, pay-later propositions: it promises a convenient way to pay, with low-cost credit.

Fans of fly-now, pay-later see it as an affordable way to book flights, hotels or package deals, allowing them to spread the cost rather than having to pay a large amount upfront. Critics argue it encourages irresponsible spending at a time, post-pandemic, when people should be keeping control of their finances. Moreover, it is claimed the promise of interest-free credit at little-to-no risk to your credit score is not always supported by what is actually delivered.

In this article, we explore how fly-now, pay-later works, who the main providers are and what the potential advantages and disadvantages are of using this form of finance to fund future travel plans.

How does fly-now, pay-later work?

In much the same way as with other buy-now, pay-later propositions, fly-now, pay-later works on the basis of providing a flexible and easily accessible form of finance. Although the application process varies from provider to provider, the general steps are:

Which are the main fly-now, pay-later companies in the UK?

Launched in 2017 as "Pay Monthly Travel", Butter rebranded and broadened its offering to include general retail in response to the pandemic. In terms of the travel part of its business, Butter currently offers flights and hotels, although it has plans to include package deals later in the year.

It follows the standard buy-now, pay-later model, offering interest-free credit and running a soft search that won't leave a footprint on your credit file. There is a £12 penalty for late, partial or missed payments, with the potential for this to be escalated to a debt recovery agency if you miss a number of payments. This will have a negative impact on your credit score.

The flights and hotels are booked through the Butter app, with the company acting as a travel agency, earning commission on the sales it makes rather than by charging the end customer for the credit line it provides. The travel options it offers are ATOL protected and there is also section 75 protection through the Consumer Credit Act, even if you don't pay on a credit card.

The company Fly Now, Pay Later has existed in its current format since 2018, offering the ability to book travel through its app or direct with its partners, which include Lastminute.com, Booking.com and Trivago.  Customers can spread payments across 2-12 instalments, with Fly Now, Pay Later acting as an intermediary between the customer and the travel company.

It is unclear from the Fly Now, Pay Later website how the charging structure works, with the suggestion there are 0% APR options available, but the example set out on the homepage citing a transaction fee that brings the APR to 51.8%. There is also uncertainty over whether customers are afforded section 75 protection, while any ATOL protection comes from the travel company itself rather than Fly Now, Pay Later.

What to check before using fly now, pay later

How much is the finance going to cost?

While most companies highlight the option of interest-free credit, you need to check exactly what the cost will be, both in terms of potential hidden costs and upfront fees.

With Fly Now, Pay Later, for example, while it mentions 0% options, the example it gives on the website shows an £800 trip attracting a £136 "transaction fee", bringing the overall APR to 51.8%. Moreover, lastminute.com, which has partnered with Fly Now, Pay Later, states that "bookings will be subject to APR from 29.9%". You need to keep in mind that this is much higher than you would expect to pay for a standard credit card or personal loan.

For Butter, meanwhile, the credit is interest-free but the company is remunerated by charging commission on the travel deals it offers on flights and hotels. This means you could potentially be able to get the same bookings cheaper if you made it directly through the company. It is worth shopping around and working out if the extra you spend is worth the convenience of being able to pay off the holiday in instalments.

What protection do you have?

A central risk when you book a holiday is that it could be cancelled, rearranged or the holiday company goes out of business, leaving you out of pocket and, if it happens for the return leg of your journey, stranded abroad. This risk has been heightened over the course of the pandemic, with restrictions around travel leading to many people's travel plans being interrupted, as well as tour operators such as STA Travel, and airline FlyBe going bust.

Something all travellers need to check before booking a trip is whether it is ATOL protected. This means they are covered if the travel company goes out of business when they are abroad, guaranteeing they will be refunded and repatriated. In terms of fly now, pay later, some companies offer ATOL protection themselves while others only pass on the protection offered by the travel company itself. It is always worth checking how the protection works on the individual booking you are making.

There is also protection offered by section 75 of the Consumer Credit Act, which is offered on credit card payments of between £100-£30,000. Again, it is worth checking with the fly now, pay later credit provider whether section 75 applies to arrangements made with them. If not, consider using a credit card to make your purchase with instead. There is more information in our article "Section 75 of the consumer credit act explained - your rights and how to claim".

What happens if you want a refund?

With many cases of travel being cancelled or changed because of Covid rules, 2020 and 2021 have been the perfect testing ground for how refunds work with fly now, pay later. In practice, the evidence suggests there can be some difficulty in getting a refund processed as quickly as if you were dealing with the travel company directly rather than the money going through the buy now, pay later credit company. Indeed, some of the reviews for Fly Now, Pay Later on Trustpilot cite this as a real problem for many customers, with frustration that they are having to keep up with the monthly payments while they wait for their refund to be processed.

In the worst-case scenario, there is the potential that the travel company refuses to give you a refund but you are still obligated to continue to make the monthly repayments for the trip. To avoid this, it is imperative to read the terms and conditions with the company providing the finance, as well as with the individual travel company, before you make your booking.

Save for the trip in advance

While buy-now, pay-later has encouraged a greater number of consumers to buy goods and services on credit, a good alternative is to save up the money for your holiday in advance, budgeting a certain amount each month to meet the cost. This means you can make the payment upfront rather than committing to make payments in the future, when you can't be sure your financial situation won't have changed. By doing this you avoid the chance of having to pay late fees or having your credit history affected.

For help with factoring savings into your budget, read our article "The best budgeting apps in the UK: How to budget without trying".

Rather than opting for one of the fly-now, pay-later options with a high APR, you could consider paying for your trip with a credit card that has a good interest-free introductory offer on purchases. The most competitive 0% purchase credit cards give you over two years to repay the debt before you start paying interest on any remaining balance. As with all credit cards, your eligibility will depend on your credit history and you will need to keep your spending to a level that you can easily pay off the debt during the 0% interest period to avoid it becoming unmanageable.

You can compare the best 0% purchase credit cards here.

By Liam Fahy
1 min Read 06 Jul 2022
The Two Together Railcard can be bought by any two people travelling together to save up to a third on...

What are guarantor mortgages - and are they a good idea?

What is a good credit score - and how to improve yours

By Laura Mossman
7 min Read 17 Jun 2022
When you check your credit report, it is helpful to know what constitutes a "good" score according to the main...