Quick Savings > Utilities > The facts about domestic solar energy & is it right for you?

The facts about domestic solar energy & is it right for you? 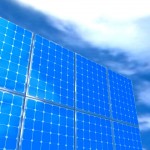 It's been possible to generate your own electricity or heat your water supply for many years, but is it now time to take this option seriously?

Rising energy prices, technological advances and government legislation have now made the task of producing energy simpler and more cost-effective.

How does it work?

Solar water systems use panels that contain a fluid that heats up throughout the day and is pumped into a solar coil inside a hot water cylinder. This coil heats some or all of the water in the cylinder. On average a solar water system could heat all of a household's water in the summer and over a year could supply 30%-50% of its requirements.

Solar energy systems use solar panels made of interconnected silicone cells that convert energy from the sun into direct current (DC) power. The power is converted into alternating current (AC) power - the type we use in our homes - through an inverter. The system is wired into the household's existing set-up and a meter records how much energy is being generated.

One of the big advantages of solar energy systems over solar water systems is that the government will make an automatic payment to the householder for producing energy, through the "feed-in tariffs" (Fits). Fits is a government scheme which pays cash to anyone generating energy from a small-scale renewable scheme. So basically you get paid for the electricity you produce irrespective of whether you use it or it’s fed back to the national grid. But the upfront costs of solar schemes are high with a typical solar energy system costing about £12,000 to install. This means it may take a couple of decades to recoup the investment as a result of reducing your energy bills.

But aren’t there companies installing solar panels for free?

Yes there are. The way this works is that the company installs the solar panels on your roof and then collects the Fits for 25 years. This can be as much as around £900 to £1,450 a year. So basically they are earning money out of your roof. You might not mind this but solar energy night not suit anyone, as described below.

The Pros and Cons of solar energy

The big problem with electricity produced via solar panels is that it can not be stored. So if you don’t use it immediately it’s fed back to the national grid. So unless you are at home during the day when you generate the electricity the majority of your electricity will still come from your energy supplier. Plus, don’t forget that solar cells don’t work at night and ideally you need a south facing roof to obtain the maximum benefit from the system.

Finally the jury is still out whether a solar energy system adds value to your property but I would assume you would not fit such a system if you were planning to move.

Essentially, installing a solar energy system should be a long term project and based on environmental reasons as much as financial. Yes it can slash your energy bills but it’s not for everyone.

The easy way to cut your energy bills

By Bronte Carvalho
10 min Read 24 Jun 2021
In recent years, more and more of us have made the conscious decision to be kinder to the environment. The...

Price cap to stay despite energy crisis: What does it mean for you?

By Bronte Carvalho
6 min Read 24 Sep 2021
Energy regulator Ofgem has assured millions of Brits that the soaring wholesale cost of energy will not affect consumer prices,...