Saving For Your Future > Investing > How do CFDs work – and how do they compare to share trading?

How do CFDs work – and how do they compare to share trading? 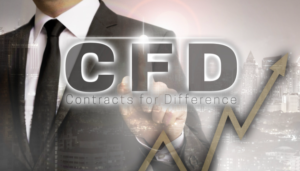 What is a CFD?

Contracts for difference (CFDs) are a way of, in effect, betting on what you think is going to happen to the price of a certain asset or part of the market, without actually ever owning the underlying assets. Put simply, you have a contract with a CFD broker whereby you state if you think the price is going to go up or down (you go "long" or "short") and, if you are right, the broker will pay you. If, however, you are wrong, you have to pay the broker.

There is the potential to make money on the price going down, as well as up, which makes it an attractive option during times of market volatility and sets it apart from traditional investment types. CFDs are available for individual shares, indices, commodities, foreign exchange and other asset types.

CFDs are usually leveraged, which means you only have to pay a fraction of the cost of taking out the full position, with the broker "lending" you the remaining amount, but giving you exposure to the full value of the trade. This means there is the potential for supercharged returns, but also magnified losses. It is the risk of the losses being significantly higher than the amount you initially put in that makes CFDs a high-risk investment and one that should only be undertaken by an experienced investor who has a thorough understanding of what this type of investment entails. It is why in the UK the Financial Conduct Authority (FCA) insists that CFD brokers have to display explicit warnings on their sites stating the percentage of their customers that lose money when trading CFDs, which is typically around 70%. It is also why CFDs are banned in a number of countries, including the US and are criticised for being insufficiently regulated in many others.

How does a CFD work?

CFDs mimic the financial markets they are representing, with investors taking out contracts based on whether they think the price will rise or fall, instead of buying shares outright. If the price does what you predicted, you make a profit but if it doesn't, you make a loss. You decide when to close the position, which means selling the contracts you originally bought, either for more than you paid for them (profit) or for less (loss).

How does leverage work?

CFDs commonly use leverage, with investors only having to pay a deposit - known as a "margin" - to participate in the full trade. This means you only have to put up a fraction of the cost, but your profits or losses are amplified. The broker will tell you what margin is required to participate in a trade.

The examples above don't include fees, which could include commission, spread and overnight financing charges.

When it comes to investing in shares directly (i.e. share trading rather than using a CFD), you can either buy and hold them in the hope that the value of the shares goes up over time, or you can trade them, capitalising on short-term price movements. With share trading you are trying to time the market, buying and selling at the right time to maximise your profit. As with investing in CFDs, correctly guessing what is going to happen to the share price isn't easy, with the market often shifting unpredictably.

The key difference between using CFDs and share trading is the fact that, with share trading, you actually own the underlying asset. This means you can enjoy the benefits of being a shareholder, including receiving dividends with some shares. Additionally, with share trading, unlike CFDs, you can't opt to short a position if you think the share price is going to fall. It also means that, unlike CFDs with leverage, with share trading you can't lose more than the initial amount you invested. The greatest risk is that the company whose shares you own goes bust and you lose all the money you have put in.

While CFDs are growing in popularity as more and more people try their hand at trading, they present as many risks as they do potential rewards. Speculating on price movement, even for seasoned professionals, is difficult and your chance of losing money if you get it wrong is high. Add in the effects of leverage and you stand to lose many times your original investment.

Overall, CFDs are only suitable for those who fully understand this complex area of the market, can manage their losses and not fall into the trap of running up huge debts.

eToro vs Plus500: Which is best for trading shares and CFDs?

By Laura Mossman
2 min Read 24 Jun 2022
In this comparison of eToro and Plus500, we assess which is the best trading site, particularly for those interested in...

Plus500 review - Is it the best way to trade CFDs?

Freetrade vs Trading 212: Which is best for low-cost trading?

By Laura Mossman
3 min Read 18 Jan 2023
If you are looking for a low-cost way of investing in shares, investment platforms Freetrade and Trading 212 offer commission-free...