Saving For Your Future > Investing > What are UK government bonds?

What are UK government bonds? 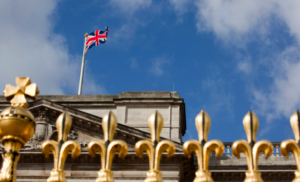 What are UK government bonds?

A UK government bond - otherwise known as a “gilt” - is a type of investment where the investor, in effect, lends money to the UK government. In return for this loan, the investor is paid interest at regular intervals, known as the “coupon”. At the end of the agreed loan period, the investor receives the original amount - the “principal” - they invested back.

The appeal of a government bond is that they are seen as being low-risk investments. One risk associated with corporate bonds (which are loans to companies rather than governments) is the risk of the company defaulting on the debt. This default risk is usually significantly lower when lending to a government. This is especially the case with the government of a country like the UK, which is seen as being stable both politically and economically. Gilts are not just attractive to those investors wishing to earn a return on a lump sum investment but also those looking to receive a regular income.

How do UK government bonds work?

There are different maturities available on government bonds, from as little as 1 year through to 40 years or more. Generally, the further the maturity date is in the future, the higher the coupon offered. As an investor, you have the option to hold the bond for the full term, or, alternatively, you can sell it on the secondary market before the maturity date.

If you opt to sell your bond, the amount you will secure will largely be determined by what is happening to interest rates, which will be driven by the outlook for inflation and the wider economy. If, for example, there is an economic downturn it is likely that the Bank of England will reduce its base rate. The base rate is the rate of interest the Bank of England charges other banks when it lends money to them. This rate of interest influences all other interest rates charged throughout the UK economy by banks and lenders.

If interest rates are cut then new gilt issues will have a lower coupon, making your gilt more attractive, meaning the value of your gilt will rise as demand for it increases. So, using the example above, on your £10,000 bond, rather than getting a 5% coupon, let's assume the new issue only offers 4.5%, this means you can sell your bond for a higher price than £10,000 as it is more attractive. The price of your gilt may also rise in times of economic uncertainty as gilts are generally viewed as low-risk haven investments.

If inflation is high and interest rates are going up (the Bank of England will usually raise its base rate to quell inflation), the value of your bond will fall as the government increases the coupon on new issues. Again, using the original example, a new bond may offer a coupon of 5.5%, which makes your version less attractive as it only offers 5%. This means you will have to reduce the price in order to sell.

What are the different types of UK government bonds?

Conventional gilts are the most common form of UK government bonds. They work by the government guaranteeing to pay a set coupon twice a year for the duration of the loan. At maturity, the original investment amount (principal) is returned to the investor.

When you buy a conventional gilt, it will be presented with information on the coupon rate and the maturity date. For example, Treasury 1.25% 2027, which means you will be paid a coupon of 1.25% of your investment and the maturity date will be in 2027. The price quoted will be based on a principal of £100, although you can buy units starting at a penny upwards.

An index-linked gilt works on the same basis as a conventional gilt, with the difference that the coupon rate is usually variable rather than being a fixed amount. The rate is based on the Retail Price Index (RPI), which is a measure of inflation in the UK. The final principal payment can also be increased with reference to the RPI. This means, in theory, that the value of your investment isn't eroded by inflation over time. Listen to podcast episode 365 where we talk about index-linked gilts in more detail, including why they can still fall in value even when inflation is rising.

How to buy UK government bonds

Individuals can buy UK gilts directly from HM Debt Management Office, with a calendar published at the beginning of each financial year of when the new issuances will be auctioned. It is also possible to buy government bonds through brokers, such as Hargreaves Lansdown and Interactive Investor.

Alternatively, you can opt to invest in government bond ETFs, which track specific government bond indices and can be bought and sold like shares as they are listed on stock exchanges. Again, these can be accessed through share accounts from investment platforms. For more information on investing in ETFs, read our article "What is the best way to invest in index funds or ETFs?"

It is also possible to invest in a diversified unit trust fund, which invests in a range of gilts chosen by the fund manager.

UK government bonds are popular because they are perceived to be low risk. As a well-established, stable country, the risk of the UK government defaulting on its gilt debts is minimal. However, there are other risks associated with investing in gilts:

If the Bank of England base rate goes up, it reduces the value of the gilts you hold because any new issuance will have a higher interest rate available, meaning they are less attractive to investors on the secondary market. If you want to sell your gilts, you will have to do so at a reduced price, which drives up the yield. Also how the price is impacted by rising interest rates will depend on the coupon frequency, the size of any payments as well as the length of the bond. These factors determine something called the gilt's 'duration'. The higher the duration the more sensitive a bond or gilt is to interest rate moves. A higher duration implies that a bond's value will fall more when interest rates rise. Conversely, the bond's (or gilt's) value will rise more than a bond with a lower duration if interest rates fall. Generally speaking, index-linked gilts have a higher duration than conventional gilts.

When inflation rises, it erodes the value of your investment, unless you have an index-linked gilt. While you still get paid the coupon, the real-term value of the investment goes down as inflation goes up. This becomes more of a potential issue for gilts with a longer maturity date or at times when inflation is rising sharply.

By Laura Mossman
3 min Read 23 Mar 2022
Chancellor Rishi Sunak delivered his Spring Statement to Parliament, giving an update on the economic health of the country and...

Self-employment grant: Is the government's SEISS right for you?

By Andy Leeks
9 min Read 12 Aug 2021
The fifth and final instalment of the UK government's grant for the self-employed, the Self-Employment Income Support Scheme (SEISS), can...