Saving For Your Future > Investing > Will there be a Santa rally this year?

Will there be a Santa rally this year? 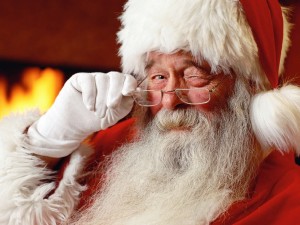 It's that time of year when commentators start talking about whether there will be a Santa rally this year. The Santa rally is the name given to the end of year stock market rally. But like all the well known investment axioms there's a lack of analysis or hard facts surrounding the phenomenon. For example does the Santa rally even exist and if so how likely is one this year?

That is what my latest piece of research answered for 80-20 Investor members. 80-20 Investor is our DIY Investment service designed to make you a better investor with nothing more than a few minutes a month. The article below showcases part of that research. However if you want to see the full analysis then you can by claiming a FREE trial of 80-20 Investor.

Does the Santa Rally exist?

The Santa rally is often more talked about in the US. If you look at the stock market returns for December for the last 21 years versus the rest of the year, it certainly looks promising. The table shows the price movement in the S&P 500 for January to the end of November for each of the last 21 years, versus the price movement in December. Click to enlarge.

What about in the UK stock market & can you predict a Santa Rally?

I thought I'd take the research even further and look at whether the Santa Rally phenomena exists in the UK. Also can you predict when a rally occurs?  Does what happens in the period before December make a difference at all?

The table below summarises the results for the FTSE 100 over the last 21 years: 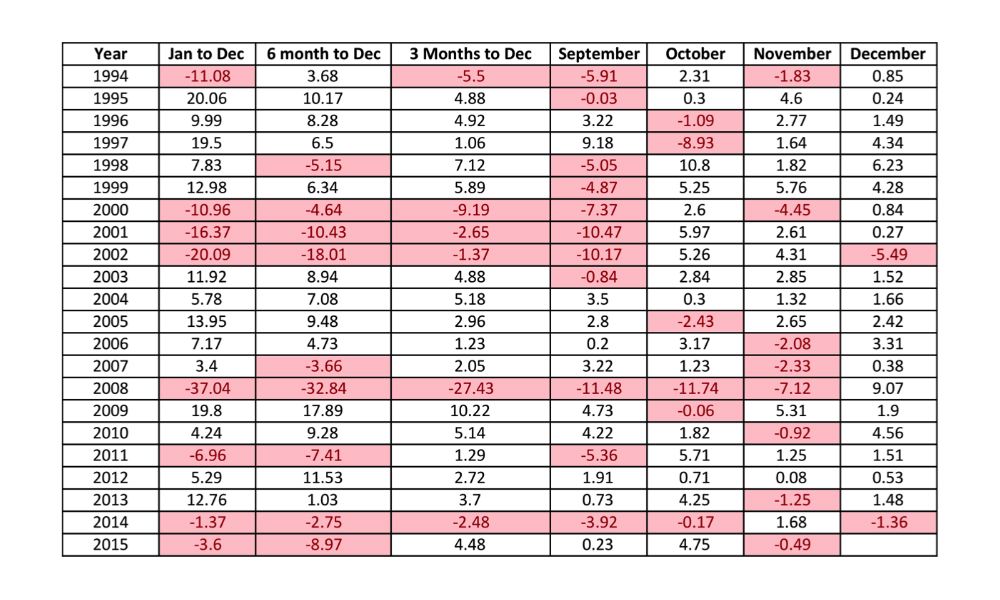 Yet 19 out of 21 is statistically very significant. In theory in any given month you can either make money or lose money. So the binary nature of the outcome would lead you to expect the distribution to be nearer 11 good vs 10 bad years (or 10 good vs 11 bad) rather than 19-2. Of course that is slightly simplistic but just look at the columns for September, October and November - the spread of good and bad years is much more in line with expectations.

So there is no specific indicator in the preceding months that you will or won't get a Santa Rally in December, but the odds are that one will occur.

What about the years without a Santa rally?

While 2002 disappointed and the market slowly ground down into the year end, 2014 was slightly different. The December 2014 figure of -1.36% actually masks a 6% rally in the final 2 weeks of 2014. So you could argue there was a Santa rally after all! 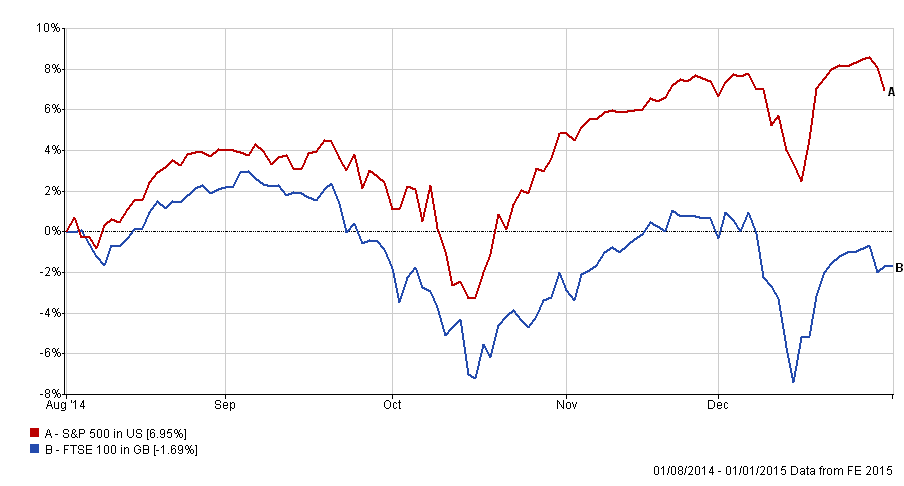 In my recent weekly newsletter commentaries to 80-20 Investors I've drawn parallels between what occurred in the Autumn of 2011 and Autumn 2015. Indeed that was how I had an inkling that a rally in October this year was a distinct possibility, despite October typically being the worst month for stock markets. So what occurred in the final months of 2011?

The full analysis can be accessed if you sign up for a free one month trial of our 80-20 Investor service.

Can you predict the scale of a Santa rally?

In the full article, exclusive to 80-20 Investor members, I also calculate the possible return if a Santa Rally occurs this year. In addition there is a signal which often precedes a strong Santa rally.

To read the full article sign up for a free one month trial of our popular 80-20 Investor service.

By Damien Fahy
8 min Read 08 Dec 2020
It's been a while since I wrote about the Santa rally phenomenon. In fact I last looked at it back...

Will there be a Santa rally? - Episode 41 of Damien's Midweek Markets

By Damien Fahy
1 min Read 28 Nov 2019
The 41st episode of my weekly YouTube show where I discuss what is happening in investment markets and what to...

By Damien Fahy
1 min Read 13 Dec 2020
Episode 300 - In this week's podcast we talk about the investing mindsets that can potentially harm returns. We also...