Saving For Your Future > Pensions > New pension changes – what are my options?

New pension changes – what are my options?

New pension rules that were introduced in April 2015 mean that some 4.5m people will now have complete freedom to access their pension from the age of 55.

Are all pensions affected by these changes?

Only those who have a Defined Contribution or personal pension will be able to enjoy these new freedoms. With this type of scheme you would normally contribute a monthly amount into your pension pot which will eventually be used to buy an income in retirement. The new rules will allow those who have this type of scheme to access their investment from age 55 (57 from 2028).

Under the new rules people with final salary schemes can transfer their retirement fund to a personal pension in order to access it. However, unfunded public sector pensions, such as the NHS, firefighters and army pensions schemes have stopped letting people transfer out since the new reforms have come in. So actually these people have less freedom than they previously had.

What tax will I have to pay if I cash in my pension pot?

If you cash in your pension pot the first 25% of your investment is totally tax-free, withdrawals above this amount will be liable to income tax at the marginal rate. It is important when thinking of withdrawing amounts in excess of 25% to check your tax liability as managing the timing and amount of any withdrawals can minimise your tax bill. If the amount added to the rest of your income exceeds £42,386 (2015-16) you will pay 40% tax on some of this income.

What tax will I pay if I choose to buy an annuity?

If you buy a pension income using an annuity then you can withdraw 25% of your pension pot tax-free and you are taxed at your marginal rate on any income received from the annuity. If you want the security of a guaranteed income for the rest of your life then an annuity can be useful.

Can I pass on my pension pot tax-free without inheritance tax?

If you die before aged 75, then your pension pot can be passed on tax-free. After this any lump sum due will be taxed at 45% not 55% as previously. If a dependant decides to take an income then this income will be taxed at the recipients marginal rate.

Are annuities now a bad idea?

Annuities are still an option when looking at pension income but now there are more flexible options available. Purchasing an annuity has not been compulsory since 2011. Many investors may well choose a mix of cash, income drawdown and annuity when planning their retirement income.

What options do I have if I have already purchased an annuity?

In the Budget 2015 it was announced that the ability for existing annuity holders to sell their annuity for cash will be introduced. Although the details are still being decided it is planned that pensioners will be able to cash in their annuity from April 2016.

Are there any other recent changes to pension rules?

From 6th April 2016 the maximum value, known as 'lifetime allowance',  that can be paid out by your pension without triggering a tax charge will be reduced from £1.25m to £1m. This figure will rise with inflation from April 2018. Any amount above £1m will suffer a 55% tax charge when it is withdrawn, which is on top of any income tax charges as mentioned above. The annual allowance on pension contributions remains unchanged at £40,000.

What are my pension options at retirement?

By Damien Fahy
22 min Read 25 May 2021
Deciding what to do with your defined contribution pension when you reach retirement age can be overwhelming. In this guide,... 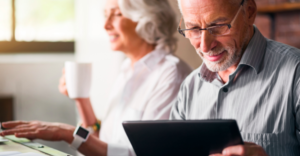 Mortgages for pensioners - what are the options?

By Marc Shoffman
12 min Read 21 Jun 2021
Getting a mortgage can be tricky at any age but it becomes particularly complicated once you become a pensioner. Older... 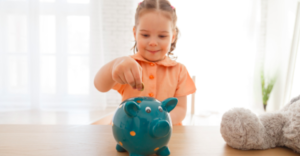 Investing for children: What are your options?

By Liam Fahy
9 min Read 01 Sep 2021
Why should you invest for a child? Parents, grandparents and other family members are often keen to provide a sum...