Saving For Your Future > Ways to Make Money > Revealed: The games with the highest trade-in value

Revealed: The games with the highest trade-in value 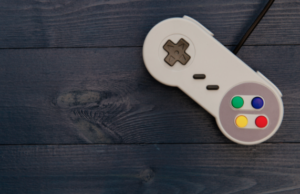 Hoarders unite! Old games that are sitting on your shelves might be worth a pretty penny - even those that are 10+ years old. Common games such as Mario, Pokemon and Simpsons games are still worth money. Most around the £10 mark per game, but you could get lucky and find a £60 game.

I’m sure you’ve seen articles of super rare games which command £100s per copy, but with our list, you’ll find games that you likely had on your shelf (and hopefully still do now). So before you head to a boot sale with them, have a check of what they're worth.

On the most part, titles from NES (Nintendo) including the Wii & Nintendo DS consoles retain the most value. Though, if you have a pile of games from any console, it’s worth seeing how much they are worth. Even Xbox original and PS2 games can add up to a nice amount.

I've found the time over the last few weeks to have a clear out of my old games and consoles. I still have a Playstation 2, Xbox 360 and Wii console and games which were never sold. Putting everything together and selling over 50 games netted me over £400! So it’s definitely worth doing if they are sitting at home.

How to trade games for cash

Back in the day, I would trade-in old titles at high street store ‘GAME’ for store credit. Times have now changed, and digital games are more common. But if you still have a hoard of discs stored away - they may be worth something.

There are plenty of online websites claiming they’ll buy old games from you - but many undervalue the games, so Music Magpie and We Buy Games are probably best avoided.

One place which I’ve found that gives a decent price for games is the high street chain CeX. They trade both online and in-store, meaning you can send a box of games via freepost and get paid for them.

With CeX, you can either choose cash or vouchers (which pay a little bit more). This would only be good if you’re perhaps saving up for a big purchase like a Playstation 5 or Xbox Anaconda at the end of the year.

If you don’t like the idea of bulk-sending games to a company, you can potentially get a little more for them if you split them out. You could decide to put your old games on eBay - which is a hotspot for selling games. You’ll have to be wary of eBay fees and extra postage costs you may incur, but you should get a quick sale on most of the games you put up.

Facebook Marketplace and Shpock are also good options, as they have no fees for listings - though you might be waiting a little longer for the prices you want. Whichever way you sell them - it should all be easy money.

What common games are worth money?

Hopefully, you’ll have at least one of the games listed below at home. As Nintendo tends to be the highest value, you’ll find more of them here than other consoles.

With each game, you’ll see the price CeX will buy it from you (if you have the original case), and the average price that it sells for on eBay. Even if you just have a disc, they sell on eBay for a smaller amount - so don’t be discouraged. 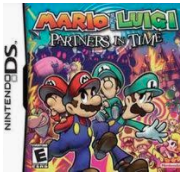 Mario games always come at a premium and are more likely to retain their value. If you have any games with ‘Mario’ in the title - it’s worth looking it up.

These are the highest paying Mario titles when trading or selling: 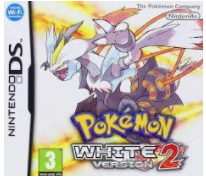 Pokemon games on the Nintendo DS are some of the most expensive games you may have on your shelf. Some titles are actually more expensive now than when you could buy them over 10+ years ago.

At the top end - these games can sell at up to £60 in good condition. Even if you have one without the original case, they can still be worth in the £10-20 region.

These are the highest paying Pokemon titles (Nintendo DS) when trading or selling: 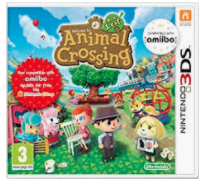 After the release and hype of the new Animal Crossing game for Nintendo Switch, all previous Animal Crossing titles have increased in value. If you know you have one - it’s worth digging it out.

These are the highest paying Animal crossing titles when trading or selling: 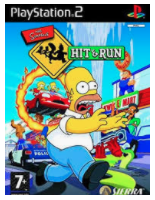 The long-running TV series translates into a decent payout with old games. The old ‘Hit & Run’ game - which everyone I know was playing back in the day, commands the highest value.

These are the highest paying Simpson titles when trading or selling: 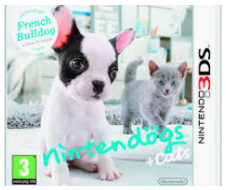 The first game in the Nintendo DS series has always kept its value. If you bought a Nintendo DS, this game came with a lot of bundles.

These are the highest paying Nintendogs titles when trading or selling: 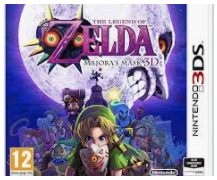 One of the oldest video game series comes at a cost - which is good for you if you’ve still got one at the back of your cupboard.

These are the highest paying Legend of Zelda titles when trading or selling:

It’s not just games that are commanding a high value. If you have spare console controllers lying around - perhaps one too many Wii controllers than necessary - these can be worth a decent amount of cash on their own.

These are the highest paying controllers when trading or selling:

If you’ve got a console sitting at home collecting dust, it might be worth selling them too, especially as prices are the highest they have been for a while due to high demand.

All of the prices below are for unboxed consoles with one controller, though if you can find boxes or any instruction manuals - the value will increase.

These are the highest paying Consoles when trading or selling:

Selling your old games and consoles can be worth the effort, especially if they're just sitting on the shelf gathering dust. The extra money could be used to pay some bills, add to your savings, or even used towards purchasing your next big console.

If your games aren’t featured on this list, do a quick search of ‘sold’ listings on eBay or on CeX, and you might find a gem yourself.