Tax > Income Tax > What is marriage tax allowance and how do you claim it?

What is marriage tax allowance and how do you claim it?

What is marriage tax allowance? 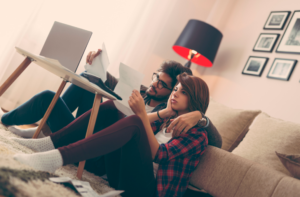 Additionally, marriage allowance can be backdated, which means married couples may be eligible to claim up to £1,242. Read on to find out how.

Marriage tax allowance - Am I eligible?

First things first - are you eligible? You may qualify for marriage tax allowance if all of the following apply:

How is marriage tax allowance calculated?

Our table below shows how marriage tax allowance works when one partner isn't working.

By passing some of their personal allowance to their partner, the lower earner's personal tax allowance will be lowered as a result, meaning they will be taxed if they go on to earn more than £11,310 in a tax year. So, while a family may be financially better off overall, applying for Marriage Tax Allowance could result in the lower earner being worse off; a consideration for families that handle their finances separately. Below we give an example to show how this works.

Claiming marriage tax allowance has meant that the family in the example above is £114 better off overall.

When can you apply for marriage allowance?

There is no cut off as such and so you can apply straight away and the good news is that it is relatively straight forward to do so. You can apply online via HMRC's Marriage Tax Allowance application page.

How to claim marriage tax allowance

Firstly, log onto HMRC's Marriage Tax Allowance application page. You'll be asked the standard screening questions so that HMRC can confirm that you qualify, such as whether you are married, whether you were born after 6th April 1935 and that you have earned less than £12,570. Once confirmed, you'll need to provide your first name, surname, date of birth and national insurance number. If you experience any problems applying online, then you can apply over the phone, just call 0300 200 3300.

How many years can you backdate marriage tax allowance?

Once you have completed the application process (described above), you'll be notified that your application has been received and you will have the chance to apply for previous years' allowances retrospectively.

Of course, in order to qualify for the allowance for previous years, you will need to have met the criteria. Below we provide a simple table that confirms the maximum tax break available for each year, meaning you could claim up to £1,188 in tax breaks.

The deadline for claiming marriage tax allowance for the 2018/19 tax year is April 5th 2023. Don't leave it until after that date, because once the deadline has passed, you'll be unable to claim for that year.

Don't forget: It is the non tax-payer who needs to apply to transfer their allowance, not the other way round.

How is marriage allowance paid?

In most cases, the allowance is paid by adjusting the higher earner's tax code, meaning they pay less tax over the remainder of the tax year. So, rather than receiving actual cash from HMRC or a marriage allowance rebate cheque, the higher earner will simply be paying less tax going forward. If the higher earner is self-employed then their tax bill will be adjusted accordingly via self-assessment.

How long does marriage allowance take to process?

It can take up to two months for HMRC to process the changes to the recipient's tax code. If the recipient is self-employed then the rebate should be processed when they file their tax return.

Do you have to apply for marriage tax allowance every year?

You do NOT have to apply every year. Your personal allowance will transfer automatically to your partner until one of you cancels the marriage allowance or you inform HMRC that your circumstances have changed, eg, because of divorce, employment pushing you into a higher-rate tax threshold or death.

Once you've applied, you (or your partner) will get the extra allowance either:

How do I stop marriage tax allowance

Where should you invest your ISA allowance?

By Andy Leeks
10 min Read 18 Jan 2023
In the UK, savers and investors have more than £620bn squirrelled away in adult ISAs. The attraction of the Individual...

What is the personal savings allowance (and how you can boost it by £5,000)

By Andy Leeks
2 min Read 06 Apr 2022
The personal savings allowance for a basic rate taxpayer is currently set at £1,000. This means you can earn up...

How to claim on pet insurance

By Lauren Burrows
6 min Read 26 Jan 2023
Pet insurance offers financial protection should your pet need veterinary treatment for an accident or illness. If you have a...