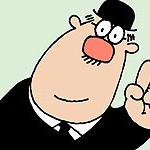 Who should check their tax code?

Anyone receiving an income via PAYE (pay as you earn). So if you are self-employed and not receiving a pension you won't have a PAYE code.

How do I find out my tax code?

It will be stated on the following:

Your tax code contains several numbers and a letter such i.e. 117L or K497

What does it mean?

As stated by the HMRC:

Assuming your tax code is a number followed by a letter:

Common tax code letters and what they mean

If your tax code has two letters but no number, or is the letter ‘D’ followed by a zero, it is normally used where you have two or more sources of income and all of your allowances have been applied to the tax code and income from your main job or pension.

If you have two jobs or pensions, it is likely that all of your second income will be taxed at the basic or higher rate – depending on how much you earn. This is because all of your allowances will have been used against the income from your main job or pension.

How do they work out my tax code?

Occasionally your employer or pension payer will give you an emergency tax code until they work out your correct one. For me personally this has been where all my problems have arisen in the past. Usually when you start a new job you give your new employer a copy of your P45 (the form given to your by your previous employer) This provides them with the information required to put you on the correct tax code. If you either fail to do so or employer’s wage department make a hash of things you may end up on an emergency tax code. For most people this code will be fine but if you have not earned anything in the tax year prior to starting your job or you are entitled to more than just the basic personal allowance then you could be over taxed. If this is the case speak to your employer or HMRC ASAP!

Will I get a tax refund if I have been over taxed?

Once HMRC have been given details of your previous income and tax paid for the tax year, they will send your employer (and you) your full (correct) tax code. Your employer will deduct the correct tax in future and refund any overpaid tax.

Alternatively if at the end of the tax year you feel you’ve paid too much tax on an emergency code you need to make a manual claim directly to HMRC. (for which you will need a copy of your P60). It is a case of you don’t ask you do not get!

This makes my head spin is there another way to make sure I’m paying the correct tax?

Yes, there is. You can use an online calculator such as this one to check that the net pay you are receiving is correct. It’s very simple to use and in 10 seconds can give you peace of mind that you are either a) paying the correct amount of take b) or due a tax rebate.

What is a credit score and how do you check it? - Millennial money

By Lauren Burrows
4 min Read 03 May 2019
In this week's millennial money episode, I ask financial expert Damien Fahy about credit scores. What is a credit score...

By Liam Fahy
1 min Read 14 Jun 2021
What is ATOL protection? By law, every UK travel company which sells air holidays or flights is required to hold...

Video, Buying or Selling a Home

5 things to check before buying a home - Millennial Money

By Bronte Carvalho
5 min Read 27 Aug 2021
In this week's Millennial Money episode I share 5 things you should check before you buy a home, from reviewing...