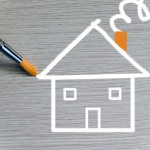 Increasingly, people over 50 in particular, are choosing to take out mortgages in order to avoid inheritance tax.

Each individual has an IHT-free threshold of £325,000. That means that you can pass up to £325,000 of assets on to the next generation before IHT (at 40%) is applied to the excess. For a husband and wife their combined IHT-free allowance becomes £650,000. A mortgage on the other hand is classed as a debt against an estate which is then deducted from its value before it is assessed for IHT purposes. This potentially gives rise to people using their mortgage to avoid IHT.

I'll illustrate this with an example.

Now, if you had the same scenario but this time you took out a mortgage of £75,000 on the property which you simply gifted away then the IHT calculation would be quite different. Upon your death the mortgage lender would get their £75,000 back from the sale proceeds. Your estate would then be worth £325,000 as a result, meaning it can pass to your beneficiaries free of IHT. The tax man would then look at the £75,000 which you had gifted away and see if he can tax that. But as long as you lived for 7 years after making the gift then this too would be IHT free. So meaning that in total you had passed £400,000 on to your beneficiaries tax free! That’s £30,000 more than scenario 1.

So you can see it is possible to use a mortgage to avoid IHT by either keeping an existing loan or by extending it.

As with anything there are downsides to using your mortgage to save IHT.

As ever, if you are interested in exploring the above idea further then seek independent financial advice.

Other ways to cut your IHT bill

By Damien Fahy
5 min Read 12 Oct 2021
Inheritance tax earns the UK Government around £3.32 billion a year in revenue and this figure is set to increase....

Do you need to worry about inheritance tax?

By Damien Fahy
6 min Read 12 Apr 2022
Finding out if you are subject to inheritance tax (IHT) and how much you may have to pay can be...