Owning A Home > House Prices > Who cares about the housing market? Well somebody should

Who cares about the housing market? Well somebody should

Before the credit crunch you couldn't turn on your TV without being confronted with property programmes galore. Visit your newsagent and you could choose from an array of property magazines. Attend a dinner party or bbq and the conversation soon turned to property prices. Every one you spoke to had a buy-to-let portfolio or was planning to start one and  mortgage lenders tripped over themselves to lend you more money. Estate agents, solicitors, builders, DIY stores and furniture retailers were all doing a roaring trade with the Government raking in all the Stamp duty and  VAT to boot.

Then came the credit crunch and it all came to a halt. Estate agents, builders and some furniture retailers went bust. Amateur buy-to-let portfolios ceased to grow and the income to the Government, through Stamp duty and VAT, dropped off a cliff. But who cared? All these people who rode the property bubble and made lots of money deserved it for being greedy.

So now nobody cares anymore about the property market, no new TV programmes, no marketing letters from mortgage lenders with discussions at dinner parties and bbqs  now about making ends meet and the latest deals available in shops and restaurants.

Why is an active housing market so important?

Well as detailed above there are so many businesses dependent on the housing market for their income. Most of us will use an estate agent and all of us will use a solicitor when buying and selling a property. When we move we will use a DIY store and/or a builder to do the restoration work and buy our new furniture from a furniture store. It's a virtuous circle with a whole host of people benefiting when a housing transaction takes place.

So what is the current situation in the housing market?

Basically stagnation, lenders not lending, sellers reluctant to reduce their prices and first-time buyers needing a substantial deposit to get on the housing ladder.

In April 2012 housing transactions were less than 50% of those recorded in 2006, the housing market is on it's knees and has been so since early 2007.

What has happened to house prices since 2007?

Well, obviously the low transaction levels have driven house prices down and many homeowners are now in negative equity and unable to move.

If you own a property in the North East it will now be worth a stonking 33% less than it did in 2007. This price drop is incredible and has resulted in nearly 12% of homeowners in the North East falling into negative equity. Add to this the 5-8% of borrowers who are in arrears you reach a figure of 20% of homeowners unable to move - that's without those on good mortgage deals who can't move as their new mortgage payments will be beyond their budget.

Why can't we just wait until house prices fall to a more affordable level?

Well, essentially that's whats happening now but it's taking a very long time. Sellers at the top of the housing chain are reluctant to reduce their asking prices too quickly especially if they are downsizing and need every penny to invest for future income. So if we want to sit and wait until first-time buyers have saved enough deposit to be able to afford houses slowly falling in price, then we may have a long wait.

There is also another issue to be aware off and that is the lower house prices fall the more people drop into negative equity. The best way to illustrate is with a hypothetical example.

Ok, so not everyone is in the same position as my example, many will have been in there houses for years with smaller mortgages  but a 33% drop in house prices is going to leave a lot of homeowners unable to move for a very long time.

Yes, but haven't we been here before?

Yes we have, back in the early 1990s there was a similar housing bubble which resulted in prices stagnating for a few years but there was one significant difference back then. In the mid 1990s building societies started to securitise the loans by selling them of to a third party allowing them to lend the money to more customers, read my post - A short history of credit. This increased competition between mortgage lenders resulted in a relaxation of lending criteria. Mortgages were available for up to 120% of the property value allowing many in negative equity to move house. At present we have the exact opposite with lending criteria tighter than ever.

So what can be done?

In the past I have been critical of the Government NewBuy scheme mainly because it was available on certain new houses only and primarily benefited builders. Also, if a first-time buyer buys a new house it has no real impact on the the housing market, we need them buying second hand homes to get the property ladder moving.So why not extend this scheme to all houses, new or second hand and underwrite the mortgages up to 90 or 95 per cent, then put real pressure on the banks to lend money at competitive rates.

Somehow the Government seems to find the money for all sorts of crazy schemes so why not do something that will benefit our economy directly. After all, this will be an underwrite with money paid out only  if the borrower defaults on their mortgage, and this will be less likely as property prices start rising again.

I'm no economist or statistical genius so I've no idea of the potential cost of this idea, but I'm sure it's worth the Government investigating further rather than just sitting on their hands.

MTTM Podcast Episode 263 - Equity market bottoms, the bond market and managing your money through a crisis 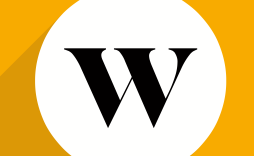 By Andy Leeks
5 min Read 06 Dec 2021
On the 6th December 2021, UK digital wealth manager Wealthsimple announced that it will no longer be providing investment services...