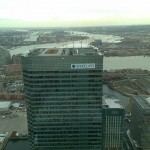 PPI, which stands for Payment Protection Insurance, is an insurance policy that may be taken out alongside a loan, mortgage, credit card or store card. Under a PPI policy , an agreed sum of money is paid out each month  to cover all, or part, of the monthly credit payments if the policyholder is unable to work due to sickness,accident or unemployment. The PPI policy will cover the payments for 12 or possibly 24 months, after which the policyholder will have to fund these payments if still not able to work.

What's the problem with PPI?

PPI was often sold with credit cards and mortgages with the adviser giving the impression it was a condition of the loan which was against the rules for selling this product.

PPI policies often have many exclusions, so you can't be sure that that you'll be successful if you make a claim, despite having paid the premiums. These exclusions were often not explained when the PPI policy was originally sold.

Often there are limitations regarding the type of employment that is covered, with self-employment and certain dangerous occupations excluded. There are instances of PPI policies being sold to people in these occupations who would not be covered if they become unemployed.

Most PPI policies only last for 5 years, so if your credit term is longer than this  you will not be covered for part of the term.

The Office of Fair Trading found that only 20% of the money collected in premiums is ever paid out in claims. The profit the industry was making each year on PPI policies was estimated to be £5 billion.

What was the PPI court case about?

Following concerns over the mis-selling of PPI the Financial Services Authority (FSA) imposed new rules, which financial institutions are required to apply retrospectively. As a result, some banks could end up spending billions on compensatory payouts.

Who does PPI mis-selling effect?

At the time of taking out a PPI policy you would have said yes to one, or more, of the following then you may have a claim for mis-selling.

- Not employed at the time of taking out the policy.
- Had a medical problem that could have kept you from working.
- If the full cost of the policy was not explained separate from the cost of the claim.
- If you were told that the policy was compulsory or that it would help your application in some way.
- If you already had a policy that would cover your loan repayments in the event of unemployment or ill health.

How can I claim a refund on my PPI policy?

Following the court ruling it will now hopefully be easier to make a claim over PPI mis-selling as many of the financial institutions involved have made provisions for claims in their accounting. In the first instance contact the company which sold you the policy. If this doesn't bring a satisfactory response then contact the insurance company involved directly.

How much will the PPI mis-selling scandal cost the banks?

The total cost is expected to top £6billion with the big banks facing possible payouts as listed here:

By Andy Leeks
18 min Read 19 Oct 2021
Income protection is a type of sick pay insurance that replaces a portion of your income in the event that...

By Andy Leeks
22 min Read 22 Jun 2022
Income protection insurance is a form of sick pay insurance that can replace a portion of your income in the...

Can you have joint income protection insurance?

By Damien Fahy
4 min Read 04 Nov 2021
Reader Question: Can you have joint income protection insurance? My wife and I have joint life insurance cover already but...