How the Financial Ombudsman Service can help you with your complaint

This is a guest post by Sara Williams, a Citizens Advice advisor, who blogs about debt and credit ratings on her personal website, Debt Camel. 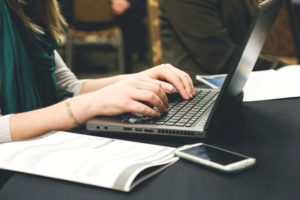 I hope you never need to contact the Financial Ombudsman Service (FOS). But if you do have a problem with a financial services company, it's good to know how the FOS works and whether they could help you.

Always complain to the company first

The first step with any complaint is to contact the company involved. It's always best to do this in writing, email is great as it's free, instant, and you have a record of what you sent and when. Make sure the word COMPLAINT is clear, at the top of a letter or in the email subject. Explain what your problem is, what you think the firm did wrong and what you would like them to do to put it right.

The Ombudsman won't look at a case until the business has issued you with with a "Final Response" or they have had the complaint for eight weeks and not replied.

What sort of complaints does the Financial Services Ombudsman (FOS) handle?

The FOS covers complaints about most financial services, everything from having a pet insurance claim rejected to mortgage mis-selling:

If you are unsure if the FOS will look at your problem, just ask them - they have a friendly and free helpline or you can complete their enquiry form.

The FOS has a two stage process.

The case is initially handled by an Adjudicator who looks at both sides of the complaint. Both you and the business may be asked for additional information. The Adjudicator then weighs up the information and lets both parties know his views. Both parties can then make any additional points and the Adjudicator may revise his decision. This can feel prolonged but it's a fair and informal way of resolving a dispute. You don't need to be able to make legal points, just explain what happened and why you feel it was unfair.

Often cases are resolved at this level - the business may step in with an offer you think is acceptable, or both parties may accept the Adjudicator's decision. If the complaint is not resolved at this stage then either party can ask for the case to go to an Ombudsman.

A good case to take to the Ombudsman?

Sometimes you will feel that what happened to you was unfair and you want to carry on with your complaint. Referring to past Ombudsman's decisions about the firm or type of complaint you have can help you to decide if you should complain to the FOS.

If the business has offered you some compensation but you don't think it is enough, looking at previous decision will show what sort of award tends to be made if a complaint is upheld. Often this is an amount of money, but it may include other elements, for example a typical award for a payday loan affordability complaint is a refund of interest and charges, plus 8% statutory interest and for the unaffordable loans to be deleted from your credit records.

You have to take a case to the FOS within six months of getting a Final Response to your complaint from the business.

If you are unsure, I suggest going to the FOS anyway as it's free and easy to use.

Don't think of using a claims firm - they are often slow, always expensive and the FOS says they don't increase your chance of your complaint being upheld.

Always complain to the company firstWhat sort of complaints does the Financial Services Ombudsman (FOS) handle?The FOS complaints process A good case to take to the Ombudsman?

By Damien Fahy
1 min Read 10 Apr 2022
Episode 364 - On this week's podcast I explain an investment strategy known as 'averaging down' and how it differs...

By Andy Leeks
1 min Read 02 Oct 2019
The Chartered Institute for Securities and Investment (CISI) has announced that its members will once again be giving out free,...