Banking > Contactless limit increase: How to set your own spending limit

Contactless limit increase: How to set your own spending limit 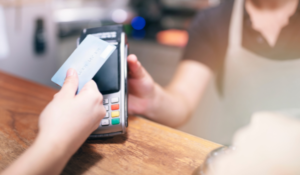 The contactless card limit is set to increase from £45 to £100 on 15 October 2021. While the tap and go technology has grown in popularity in recent years, many still prefer to enter their PIN manually into a card reader to minimise the risk of card fraud and to discourage impulse spending. Fortunately, although the limit for contactless transactions is rising to £100, some card providers allow customers to set their own cap or even turn off contactless entirely.

What is the limit for contactless card payments?

The current contactless card limit is £45, but this will increase to £100 from 15 October 2021. In addition, the contactless limit across multiple purchases before a PIN is required is also increasing to £300.

If a single transaction exceeds the £100 cap, there are a number of alternative ways you can pay. For example, you can use Chip and PIN by simply inserting your card into the card reader and entering your PIN manually, or you can use mobile payment services such as Apple Pay or Google Pay by scanning your device against the reader. You can always use cash too.

Should your cumulative payments exceed £300, you will need to use Chip and PIN for your payment to go through, or Apple Pay or Google Pay - which do not have a spending limit when authenticated through fingerprint or facial recognition technology. As always, you can also opt to use cash instead.

Why is the contactless limit increasing?

The contactless card limit is being increased following the popularity of contactless transactions - by both customers and retailers - during the pandemic.

In fact, the contactless limit was just £30 before the first nationwide lockdown, but it was increased to £45 as many retailers insisted that the minimal physical contact required for contactless transactions lessened the risk of staff and customers contracting COVID-19. Since then, contactless has become an increasingly popular method of payment. Indeed, the total amount spent via contactless during the first six months of 2021 was £66.5bn, according to UK Finance.

The decision to raise the contactless limit again from £45 to £100 was made by HM Treasury and the Financial Conduct Authority (FCA) following the success of the initial increase in April 2020.

Why are some concerned about the contactless limit increasing?

Although millions of Brits have turned to contactless since the pandemic, some experts are concerned that the higher cap could lead to a rise in fraud and overspending.

From January to June 2021, contactless fraud – from both cards and mobile phones – totalled £7.6m, although UK Finance explains that this amounts to just 1p in every £100, which makes up “a tiny proportion” of overall payments. For comparison, the amount lost to bank transfer scams during the same period was £335m - 47 times higher than contactless fraud.

In addition, as most mobile banking customers can quickly block their card via the app in the event that it is lost or stolen, and because any potential thieves are still limited by the £300 cap before a PIN is required, the potential financial damage is limited, as long as you report a missing card as soon as possible and keep your PIN safe.

The FCA stated earlier this year that contactless payments are “relatively safe compared to other payment methods”, and that there had been no notable increase in fraudulent transactions in other countries where the contactless limit had risen to the equivalent of £100 or more.

Can you set your own contactless limit?

If you decide that you want to reduce, or even remove, contactless payments on your card - whether that be over concerns about fraud or to discourage your own impulse spending - there are some ways that you can set your own contactless limit.

Some providers allow customers to set their own cap, such as Halifax, Lloyds Bank, and Starling, and many more have stated that they plan to do so in the future now that the contactless limit is increasing. There are also some which allow you to turn off contactless altogether, even if they do not allow you to customise your own limit, such as First Direct.

However, different providers have different rules, so we’ve rounded up which of the most popular UK card providers allow you to set your own contactless payment limit in the table below. If your card provider is not listed and you would like to adjust your contactless limit or turn it off entirely, get in touch with them via the app, online, by phone, or in branch for further information.

Which card providers allow you to set your own contactless limit?

Contactless limit to rise to £100 in October

What to do if you're affected by Barclaycard's credit limit cuts

By Laura Mossman
11 min Read 29 Apr 2021
Barclaycard has faced criticism this week for slashing the credit card limit of thousands of customers despite there being no...